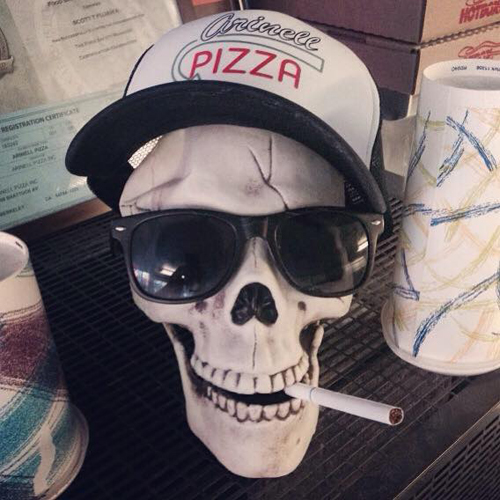 Berkeley pizza maker Ron Demirdijan creates his popular pies in America's counter-culture birthplace with pride and a bit of arrogance. The founder of Arinell Pizza considers his style of pizza as street food and he sticks to the original recipe he developed in New York after apprenticing there several years ago.

SFweekly.com reports that Demirdijan moved to the Bay Area and opened up the first Arinell on Shattuck Avenue in Downtown Berkeley. In the ensuing 40 years, almost nothing has changed in the way he does business. You get a hot slice on a greasy piece of wax paper to go and some of the employees are active members of rocks and punk groups who perform regularly in the neighborhood.

Read more about the perfect marriage of punk and pizza.