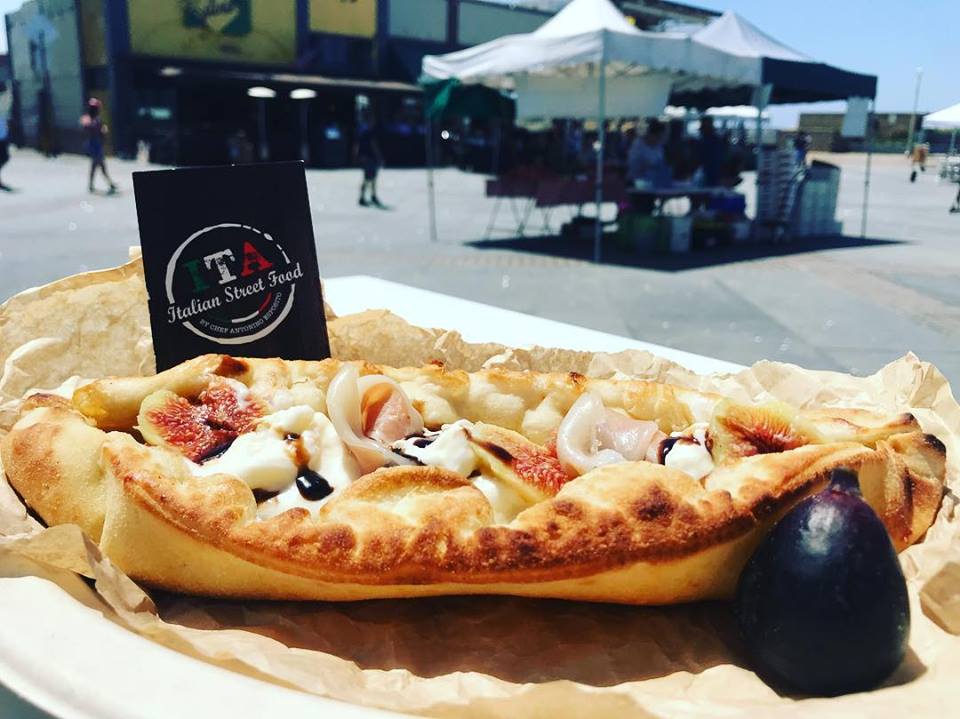 Chef Antonino Esposito, the pizza-making mastermind behind Acqu’e Sale and Ahum! In Sorrento, Italy, has been floating a new idea for pizza in Hermosa Beach, California: the pizza boat.

Esposito launched the pizza boat (pun intended, obviously) at his new concept, ITA Italian Street Food. The pizza dough is shaped like a canoe, with the toppings stuffed inside, and is designed to be eaten on the go, preferably while moseying along the coastline and gazing dreamily out at the Pacific Ocean.

According to its Facebook page, ITA offers Pizza Boat of the Day specials featuring fresh, in-season toppings from a nearby farmers market. Recent specials have included a pizza boat topped with four cheeses, mortadella, honey and thyme as well as a Nutella pizza boat for beach bums with a sweet tooth. Pizza boats and other items, including paninis and desserts, are displayed in a glass pastry case, with prices in the $5 range.

The Beach Reporter in Hermosa Beach hailed the Margherita pizza boat as “the perfect carry-and-eat for strolling along the Pier or the Strand. The crust is chewy with a nice tang, and despite being filled with plenty of tomato and fresh mozzarella and basil, almost impossible to fill.”

The pizza boat appears to be a variation on Esposito’s patented Frusta Sorrentine, an elongated, stuffed crust (shown below) that’s twisted in the middle and closed at both ends. Both varieties are available at ITA. 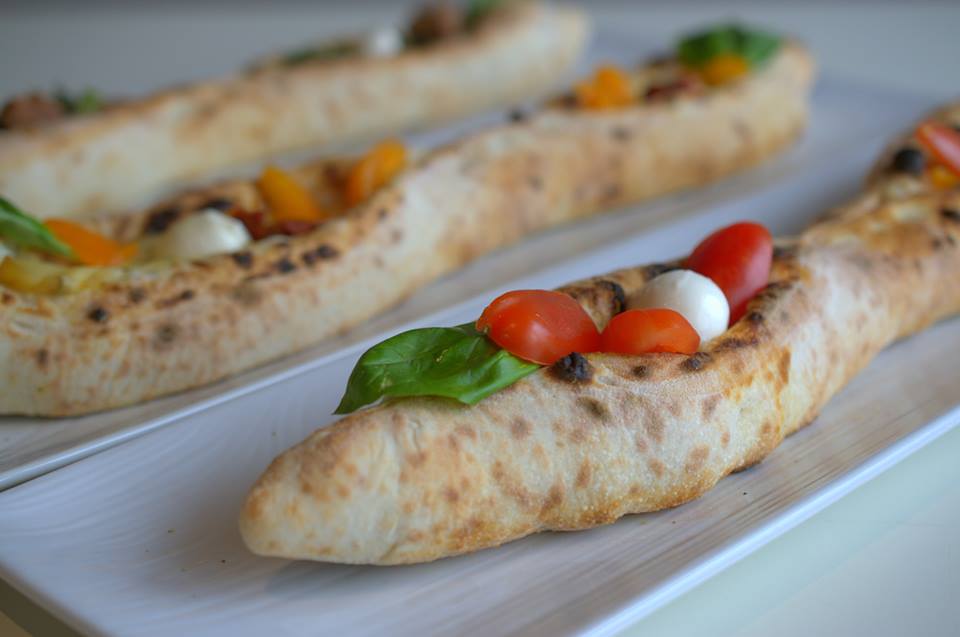