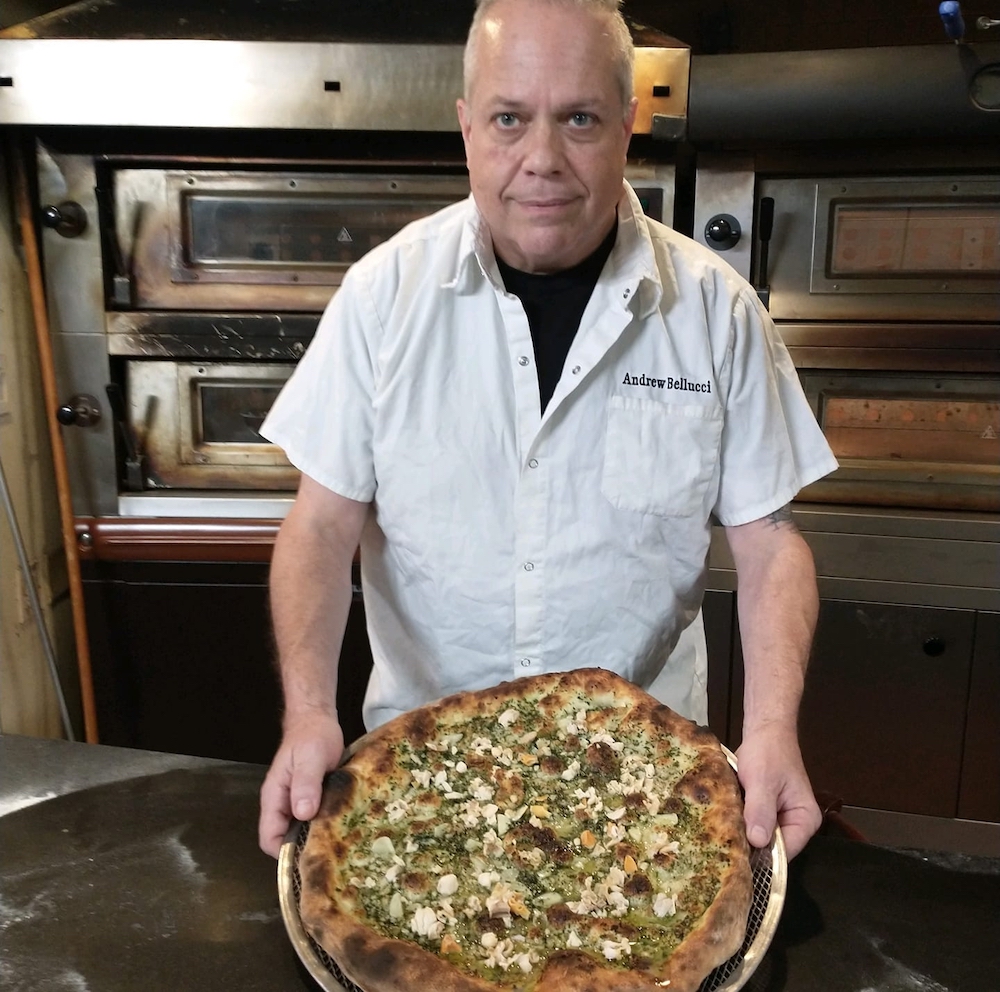 Andrew Bellucci did hard time in prison before partnering with Leo Dakmak to open Bellucci Pizza in Astoria, Queens, New York, earlier this year. Now Bellucci is apparently looking for a new opportunity after a disagreement with Dakmak, according to an October 8 post on Instagram.

In the post, Bellucci said he had “decided to call it a wrap,” noting that “my business partner and I have different visions for the future.”

He added, “I’m slow and deliberate in every step of my process. My first concern—always—is making the best pizza I can with the finest ingredients available. Cutting corners to maximize profits is not—nor ever will be—part of my vision.”

He added that “the next iteration of Bellucci Pizza is coming very soon,” but it might not be in Astoria.

Meanwhile, the original Bellucci Pizza will keep on chugging along without its namesake pizza maker, Dakmak told Patch.com via email. But Dakmak also seemed to refute the idea that Bellucci was his “partner” in the restaurant. “The pizzeria is still 100% fully operational, doing the same business hours with the same exact pizza,” Dakmak said. “No changes whatsoever have been made except for the fact that one of our many employees was let go.”

Bellucci Pizza features a pie, called the Sonny Supreme, that’s named after notorious mob underboss John “Sonny” Franzese, who was Bellucci’s cellmate in upstate New York’s Otisville Correctional Facility during the 1990s. During his time as office manager of the Newman Schlau Fitch & Lane law firm in the 1980s, Bellucci forged partners’ signatures and fraudulently billed the firm’s clients for extra hours, to the tune of hundreds of thousands of dollars. He was arrested by federal agents while working for Lombardi’s on Spring Street in New York and pled guilty to 54 counts of fraud.

Bellucci aimed to make Bellucci Pizza the first Michelin-starred pizza-by-the-slice joint. And things looked like they would go swimmingly with Dakmak—at least at first. “[Dakmak] got my vision and said he would follow me blindly,” Bellucci told the New York Post in February. “I told him that was maybe the stupidest thing he would ever do.”

Referring to Lombardi’s, his former employer, Bellucci joked to the Post in February, “Maybe I’ll open [another pizzeria] across the street.” Could that be the next location for Bellucci Pizza?