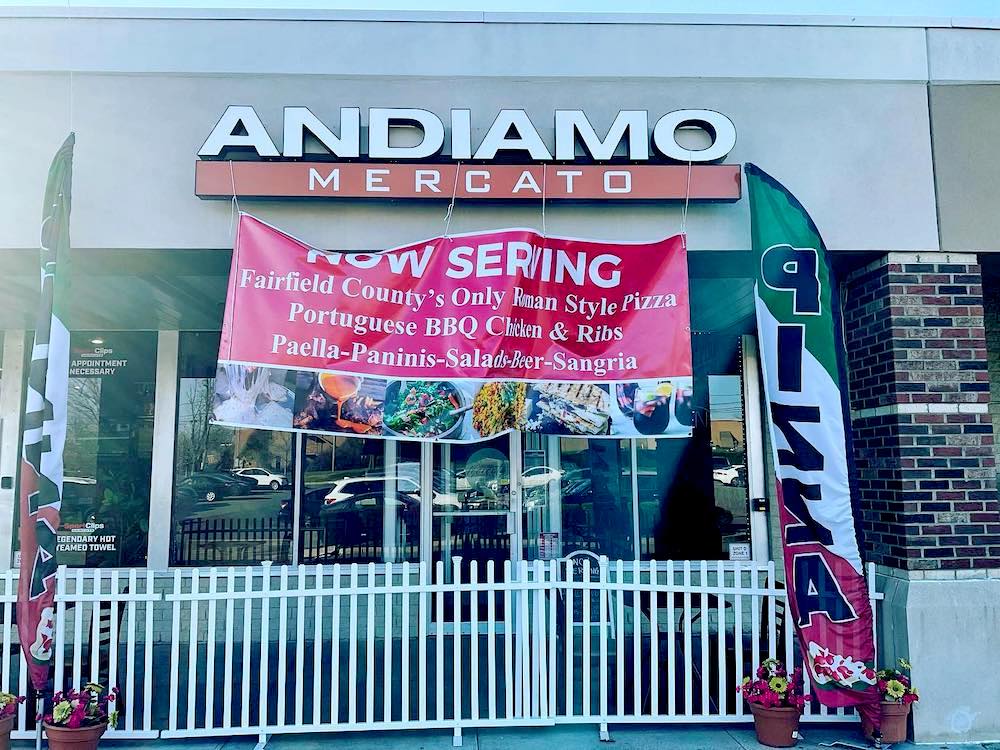 Sometimes pizza just isn’t enough, especially when there’s too much of it. That was the case for Andiamo Wood Fired Pizza, now renamed Andiamo Mercato, in Brookfield, Connecticut.

Owners Franco and Ana DeRose opened their Roman-style pizza shop in December 2020. Offering Roman pizza likely seemed like a strong point of differentiation, but the DeRoses eventually decided it wasn’t enough to make Andiamo stand out in a crowded field, according to the News-Times.

“There are so many pizzerias, and we kind of blended in,” Franco DeRose the newspaper. “It’s not hard to find Italian food in the area, and we wanted to be different. So we thought, ‘What if we can offer people more?’”

The solution: teaming up with renowned Portuguese chef and consultant Rui Correia, owner of Douro in Greenwich, Connecticut, to diversify Andiamo’s menu with some international flavors.

DeRose, whose family owns Sal’s Pizzeria in Mamaroneck, New York, and Correia are old friends—they played soccer for a team in Yonkers, New York, in their younger days. Correia went on to a successful culinary career, working with celebrity chefs like Bobby Flay and Tom Collichio and making cooking segment appearances on NBC’s “Today” show.

Related: The fastest pizza in Argentina

The DeRoses, meanwhile, introduced Brookfield to Roman-style pizza. But when they needed to rethink their culinary strategy, they turned to Correia. Working together, they expanded Andiamo’s menu to include risotto balls, arroz con pollo, yuca croquettes, empanadas and sandwiches like the Piri-Q, featuring breaded chicken with pickled onions, piri piri, and pirinaisse on a grilled Portuguese roll.

Other fusion-style offerings currently promoted on Facebook include Portuguese BBQ chicken and ribs and chorizo sausage, eggs and bacon on a Portuguese bun.

Andiamo Mercato still offers Roman-style pizza and has recently added the New York style for a limited time. But a diverse community calls for a more diverse menu, DeRose decided. “There are a lot of Spanish and Portuguese people in this area and not a lot of spots that serve Spanish or Portuguese food,” DeRose told the News-Times.

With its new name and menu, Andiamo Mercato has seen a slight increase in traffic and earned positive feedback from guests, the article reports. “It’s not yet a destination place, but that’s what we’re trying to turn it into,” DeRose said. “Here in Brookfield, we have to be different.”