And the winners are... - PMQ Pizza Magazine

We've begun the search for America's best pizza makers, dough stretchers and tossers, and pizza chefs. Three of our Acrobatic team members were selected to lead the United States to World Pizza victory at the Western Foodservice and Hospitality EXPO Aug. 2-4 in Los Angeles. 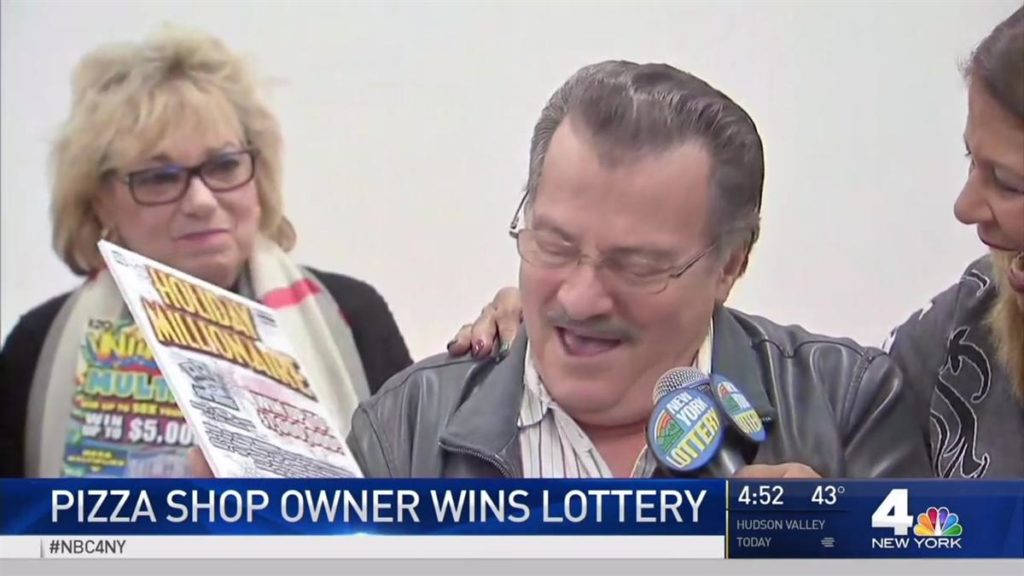 Michael Shepherd, owner of Michael Angelo's Pizzeria in Kenton, Ohio, Joe Carlucci, owner of Carlucci's Restaurant in Bethel, Conn., and Siler Chapman, owner of Ice Cream & Pizza Works in Waxhaw, N.C. earned spots on the team. They will get an all-expense paid trip to Italy with their places on the team to compete in the World Pizza Championship (WPC).

The largest dough stretch, a contest to see who can stretch a 14-ounce dough ball to its maximum size without breaking in under five minutes, was the first competition held. Michael Shepherd took the lead with a 35-inch stretch. He will be going to Italy for the third time. Brian Edler, owner of four Domino's franchises based in Findlay, Ohio, placed second with a 33.5-inch stretch. Brian placed third at the WPC in the dough stretch in early 2003. Stan Miller, owner of World Famous Pie Zons in Fulton, Miss., placed third with a 31-inch stretch. Stan placed fourth last year in the dough stretch competition held in New York.

The second contest held was the fastest pizza maker, a contest to see who can hand-stretch and cover five pie screens with dough in the shortest time possible. Shepherd took first place in this competition with a time of 1.53 minutes. At the WPC earlier this year, he came in fifth place. Edler placed second in this category with a time of 2.11 minutes. Ty Dubois, a pizza champion in previous years and owner of Flying Pie Pizzeria in Portland, Ore. placed third in this competition.

The final contest of the Acrobatic Trials was the pizza-dough tossing. Contestants were required to perform a two-to-four-minute throwing routine set to music using five 400-gram dough balls. Judges based their points on the skill, creativity, variety, dexterity and difficulty of routine.

Joe Carlucci and Siler Chapman tied for first place in this category. Joe was awarded first place because with his stunning blindfolded routine he demonstrated more skill than Siler, while Chapman, a 19-year-old owner of Ice Cream and Pizza Works, based in Charlotte, N.C., earned more points in the entertainment category. They both earned spots on the 2004 team.

A new exhibition sport called Dough Duels debuted at the 2004 Acrobatic Trials. This contest determined who could stretch and toss as much dough as possible in the air above their head in less than two minutes. Ty DuPuis became the first-ever Dough Duels champion.

The Game Show Network, three local news stations and our own film crew were present at the Acrobatic Trials. Stories about competitors appeared in The Oregonian, The Findlay Courier and the Los Angeles Business Journal.

The U.S. Pizza Team is an effort on the part of industry leaders to bring publicity to the pizza industry and to bring a degree of camaraderie to the people that make 5 percent of all food consumed by Americans. The U.S. Pizza Team is made possible by the support of the following gold sponsors: Bellissimo, California Milk Advisory Board, CarryHotUSA, LaNova and Wood Stone. Silver sponsors are: Diamondtouch POS, DoughPro, Fontanini, KB Pizza Crust, Marsal & Sons, Paradise Tomato Kitchens and Univex. For more information on the U.S. Pizza Team, please visit www.uspizzateam.com.