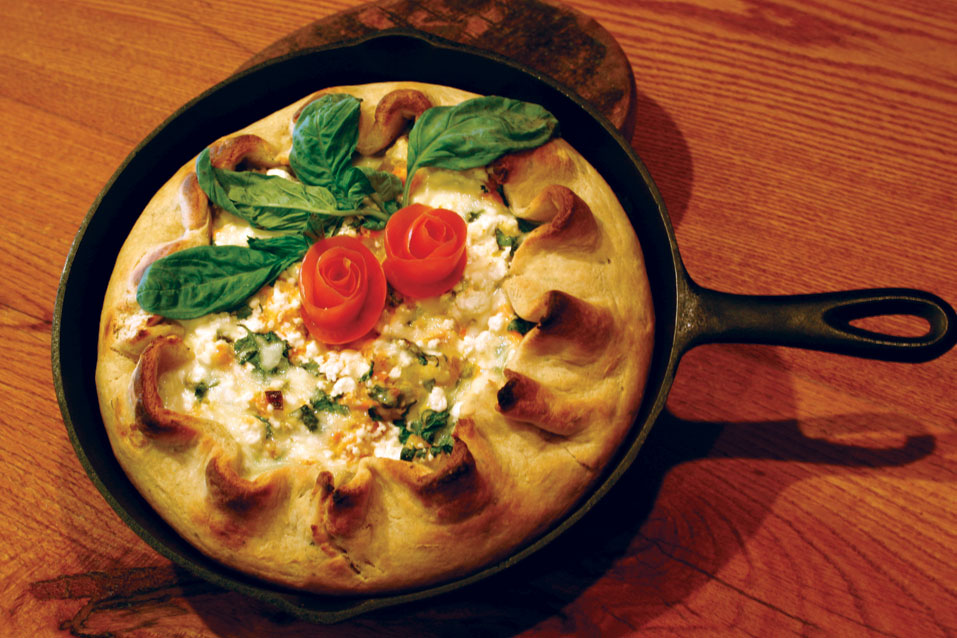 Ancient grains—including quinoa, freekeh, Kamut, farro, amaranth and others—have been used by chefs for thousands of years, but they’ve started making headlines the past couple of years for their tip-top nutritional values as well as their versatility. And pizzeria owners have noticed; today, customers may encounter a variety of these ingredients in pizza applications.

At Pizza by Certé (certenyc.com) in New York, owner and chef Edward Sylvia uses quinoa flour combined with whole-wheat flour, as well as whole cooked quinoa for texture, in its bagel and pizza dough. “The taste is very earthy and grainy,” Sylvia explains. “We stick to quinoa because it has the most health benefits of all grains and is easily marketed. Customers now are slowly changing their diets to include more whole grains, so the reception has been fantastic.”

Across the country, in health-conscious Los Angeles, the mobile operation Slicetruck Pizza (slicetruck.com) recently decided to incorporate Kamut (a branded type of khorasan wheat) into its crusts. After experimenting with Kamut vs. traditional dough, Slicetruck co-founder David Hanley found that he preferred the taste and feel of the Kamut pizza and suffered from zero bloat afterward. He admits that working with the dough requires recipe tweaks and trained dough handlers, because the resulting dough is more difficult to stretch and toss. However, the gains made by presenting a point of differentiation are worth it, he says. “Our pizza is very unique because, among other things, we make our dough with 100% Kamut flour,” Hanley says. “We have a huge number of regulars and tons of people who started out a bit confused but are now die-hard fans.”

“One of our most popular freekeh pizzas has broccoli rabe and spinach and sells very well. At first, I had to push to sell it, but now people call in and request it—we get more and more requests now, and no other pizzerias offer it.”

At Dino’s Cucina (dinoscucina.com) in Old Tappan, New Jersey, owner Chet Simunovich started experimenting with freekeh after Dr. Oz declared the ingredient a “superfood” on his popular TV show. Now Simunovich makes select pizzas from freekeh flour mixed with 20% regular flour to loosen it (though the dough still requires three people to stretch!). “The taste of the crust is incredible—thin and crispy, lending a crackerlike taste to the finished product,” he says. “One of our most popular freekeh pizzas has broccoli rabe and spinach and sells very well. At first, I had to push to sell it, but now people call in and request it—we get more and more requests now, and no other pizzerias offer it.”

For Cecilia San Miguel, owner and chef at Velvet Elvis Pizza Company (velvetelvispizza.com) in Patagonia, Arizona, using ancient grains is nothing new; quinoa features prominently in the culture of her home country, Ecuador. She has been using the ingredient in a special pizza since opening in 1998, and it has helped make her restaurant (located in “the middle of nowhere,” says San Miguel) a true destination. The Inca Quinoa Pizza is a serious pie: It costs $45, requires 24 hours notice and takes two hours to prepare. The crust is prepared with quinoa and wheat flour, then stretched out over a deep, 10”-diameter cast-iron pan, where it’s filled with vegetables, cheeses and from-scratch sauces and then baked. If the uninitiated come in and find out about the menu item, it’s a good excuse to get them back for what has become known as “the special event pie.” “It’s not a traditional pizza, but an incredible pie that’s extremely satisfying, with so many ingredients and wonderful flavors,” enthuses San Miguel. “This is the pizza that has gotten us all of our publicity over 13 years because of its uniqueness. It’s nutritious, gourmet, healthy and has a beautiful presentation—it’s quite a production, but well worth it!”