To have an Extremely successful restaurant you need Extremely good employees, products and ideas and an owner with an Extreme vision. This is exactly what Todd Parent, owner of the Extreme Pizza company in San Francisco, California, had in mind when he opened his first location in 1994. His concept was to incorporate an extreme sports theme with pizza and cultivate an extremely motivated and enthusiastic staff. The results have been a concept that has expanded to five locations, a staff with a high retention rate and store sales at each location ranging from $18,000 to $25,000 a week. 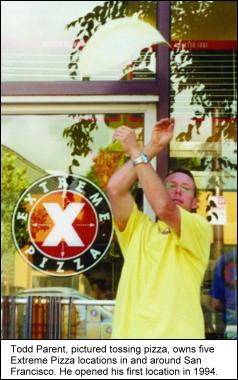 Each Extreme Pizza location has its own reasons for success. One location attributes most of its success to walk-in and foot traffic, another's success results from its proximity to a school campus and another is due to a busy shopping area. However, the current store with the highest sales is due to its proximity to corporate clientele and the ease of driving in a large delivery radius.

Extreme Pizza offers dine-in, delivery, carry out and take-n-bake. Each location can seat up to 50 people. Dine-in service is made to order and offers whole pies, Indee Pizzas (personal size) and pizza by the slice. Dine-in customers make up 25 percent of company sales. Delivery is the best performer for all locations and accounts for 65 percent of company sales followed by carry out with close to 10 percent and take-n-bake with less than one percent.

Extreme Pizza first opened its doors on Fillmore Street in San Francisco in 1994 and was primarily a take-n-bake store. They could only heat and sell one slice at a time. Todd soon realized that customers demanded cooked pies and expanded his take-n-bake methodology into a more traditional shop. By always remaining flexible and listening to the root of Extreme's success – the customers – the company changed systems, reworked concepts and not only survived, but thrived in the evolving marketplace. Baked pizzas now account for the majority of the revenue. 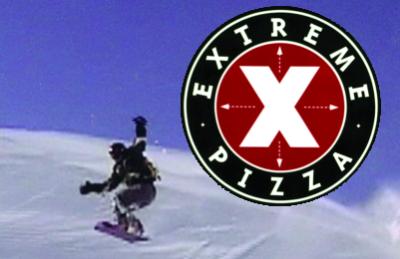 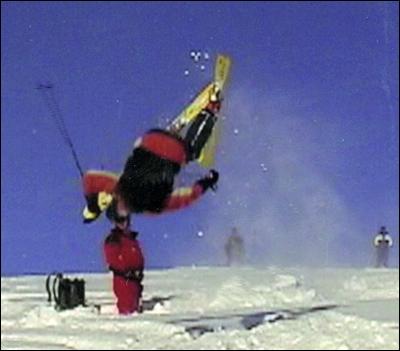 The roots of Todd's concept came from his childhood love of sports. As a child he loved to push his limits and learned how to ski, bike, sail, surf, wind surf, kite sail and other sports…all with the fierce edge of competition. While studying in France in 1987, Todd was intrigued by flocks of Parisians gathered at crepe stands for meals-to-go. This would spark his idea to offer Americans a gourmet alternative to fast food. After receiving his degree in economics and working a few years in banking, he began his "research" in the restaurant business. He worked as a bartender, dishwasher, cook, server and manager for several restaurants and then opened his first store.

What has helped propel his stores to the level of success they have is Todd's attitude towards his employees, which he calls the "Extreme Team." He is Extremely proud of his staff and the enthusiasm they have for their work. He takes the time to listen to their ideas from all of his employees because he feels many great ideas usually come from within the ranks. These people operate the stores and know what it takes to make things more efficient and enjoyable.

Todd also realizes the importance of cultivating new experts in his stores and is eager to train and advance employees to help prepare them for leadership roles within the growing company. He has learned the significance of allowing the "team" to make decisions and learn from their mistakes. He feels this creates learning experiences that improve performance throughout the entire company. He also feels this entices people to join and stay with the company and helps them want to perform better.

A Look at His Stores 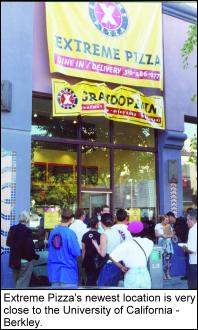 With a look around his stores, you can see the incorporation of his love for extreme sports displayed everywhere. The walls are adorned with photos of surfers, bikers, windsurfers and skiers performing outrageous feats. You can also find things like snowboards and other extreme sports paraphernalia decorating some locations. While you are munching on an Everest, Fear Factor or Endless Summer with Fresh Tracks (these are names of subs, salads and calzones they offer) you can enjoy the X Games or other sporting events continually showing on the TV in the store.

Speaking of the X Games, Extreme Pizza was one of the first sponsors of the games in the San Francisco area until Taco Bell saw the marketing value and advertising exposure to the large X Games fans. True to their competitive spirit, the Extreme Team, which is what Todd calls his staff, decided to focus sponsorships on local athletic teams like Extreme Softball and Extreme Golf, which is a sport they created. 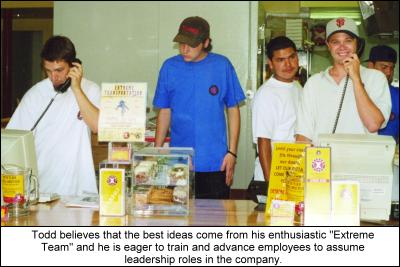 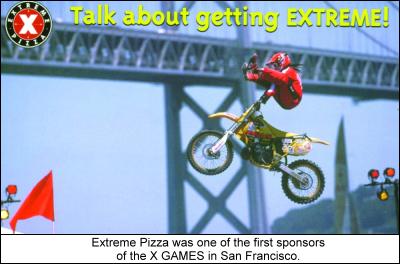 There are benefits to these sponsorships. For $400 and team t-shirts, the Extreme Dream Team softball team was created in conjunction with the San Francisco Recreation and Park Department. This gives the employees of Extreme Pizza a fun activity where they can go and cheer on their team creating morale and camaraderie. The 20-person team also frequents the store after games and/or practice. It really gave a boost in morale when the Extreme Dream Team went on to become the Season Champions in San Francisco in 2001. Extreme Promotions and Programs 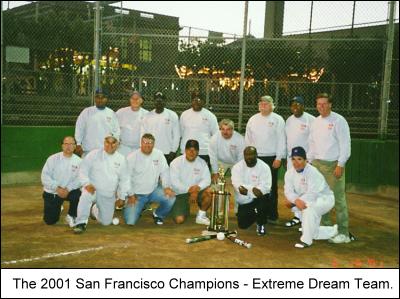 Businesses are fantastic patrons for Extreme Pizza. In an effort to ease the ordering process for them, he created the option for companies to open accounts with his stores. Instead of discussing payment options at the time of order, Extreme Pizza will invoice the company for orders and allows for payment at a later date. Many companies are appreciative of this service and call or fax in orders since this option is available.

Their best promotion was " 1/2 Price Tuesdays." For this promotion, everything on the menu was 1/2 price on Tuesdays. Todd says stores were slammed for the entire year the promotion ran. Because it nearly doubled the cost of labor, they ended the program after the first year. Other promotions and programs include cross-promotion programs with local retailers such as enter-to-win contest and web-based sales incentive programs with discounts and coupons. Extreme Pizza hosts events and gives presentations to introduce their pizzas to new customers. Other ways they promote the company are through community involvement. They participate in parades, community fairs, give city donations and work to improve neighborhood aesthetics. Once a month, they invite a grade school to a store where they demonstrate how to make a pizza and allow children to make a pizza and enjoy it for lunch. Teachers, kids and parents appreciate the efforts they make to become involved in the community and in turn support their business.

To keep up with expanding business, the company has built a commissary to store, prepare and distribute all the produce and goods needed for all the retail stores. This has proven to be efficient and helps to ensure the quality and consistency for all of the locations. To help perfect management systems, they have created procedures and manuals to help team members learn sophisticated technology, take orders, process spreadsheets, report sales numbers and analyze growth charts. These manuals also aid in the proficiency of team training. Extreme Pizza's future plans can be summed up in one word – growth. Their primary goals are to increase the number of repeat customers, broaden name recognition, increase their customer base and begin exploring franchising interest in areas like San Diego, Portland, El Paso, Tampa, Las Vegas and other cities.

With motivated employees, entertaining decor and passion for the job, Extreme Pizza has carved out a niche in California's pizza industry. By listening to employees and customers and concrete plans for growth, this is a company to either watch, join or visit. PMQ

The Possibilities and Pitfalls of Ghost Kitchens

11 Ways to Capitalize on National Pizza Month in October

How to Play the Video Game 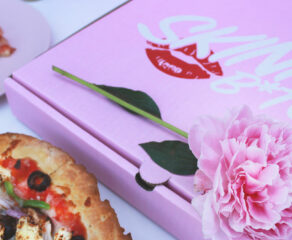 Pretty in Pink: Meet the Woman Behind Skinny Bitch Pizza