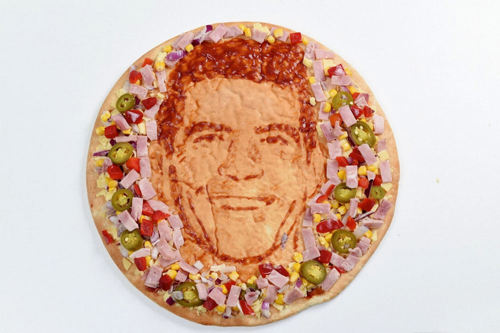 PMQ Pizza Magazine recently featured pizza portraits and an accompanying quiz (you can take the quiz online at pmq.com/pizzaportraitquiz). The spot-on likenesses in dough and sauce of celebrities like Miley Cyrus and Kim Kardashian featured the work of Domenico Crolla and Wilhelm Rodriguez, two pizzaiolos who have crafted worldwide reputations for owning successful pizzerias and creating beautiful pizza art. The trend is catching apparently because, in honor of Father's Day June 21, British pizza artist Nathan Wyburn is pizza-painting some of Her Majesty's most famous dads. 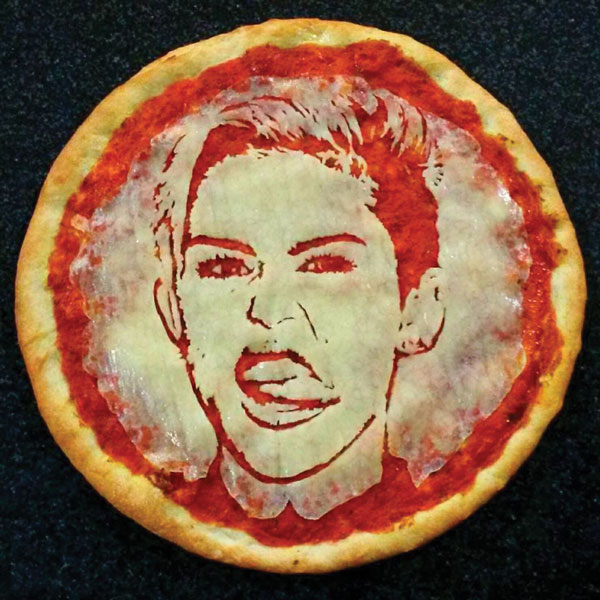 British Web Site Mirror.co.uk says, Wyburn was previously featured on Britain’s Got Talent. “I have created a wide range of food art over the past five years, but I have to say this is a new one for me, and it was a lot of fun," he says. Morrisons will mark Father's Day  by asking children to emulate Wyburn and make a pizza picturing their dads at 200 of their stores across the country. Morrisons said this pizza paint-off is the first time its customers have ever been able to create edible artwork. "Everyone on the counters at those participating stores will be listening closely to customers, to get each pizza looking just right," a spokesman says. "We are pleading with fathers nationwide to allow their family a little artistic licence."

Click here to watch a video, enjoy some amazing time-lapse images and read more about planting dad on your pizza canvass.