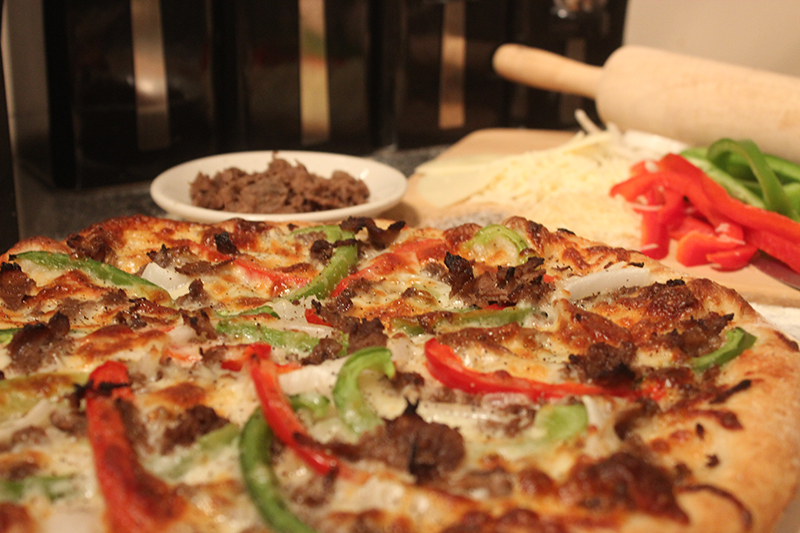 It doesn’t take a national survey to figure out that pizza is Americans’ favorite comfort food. But Harris Polls conducted one anyway and proved the obvious: 15% of those surveyed listed pizza at No. 1. In fact, pizza got twice as many votes as any other food. So take that, mac and cheese!

According to a survey of 2,252 adults, 15% of Americans chose pizza as their go-to dish. Chocolate and ice cream tied for second place at 7% each, while macaroni and cheese and potato chips came in at 5% and 4% respectively. Pizza topped the list across most demographic groups except for the age 70-plus crowd, who prefer to boost their moods with a scoop of ice cream.

Generally, 53% of Americans say they eat more when they’re stressed, and 67% said they “use their favorite comfort food as a pick-me-up,” according to the Harris Poll website. Other findings include:

Women are more likely to eat comfort food when they’re stressed (54%), while men tend to eat it to top off a really good day.

Ninety percent of Americans still believe that nothing beats a home-cooked meal, and 62% say their favorite comfort food reminds them of their childhoods.

Oh, and Americans know there’s no shame in enjoying good food. In fact, 66% said they don’t feel guilty about it all!

Check out the Harris Poll results for yourself here.