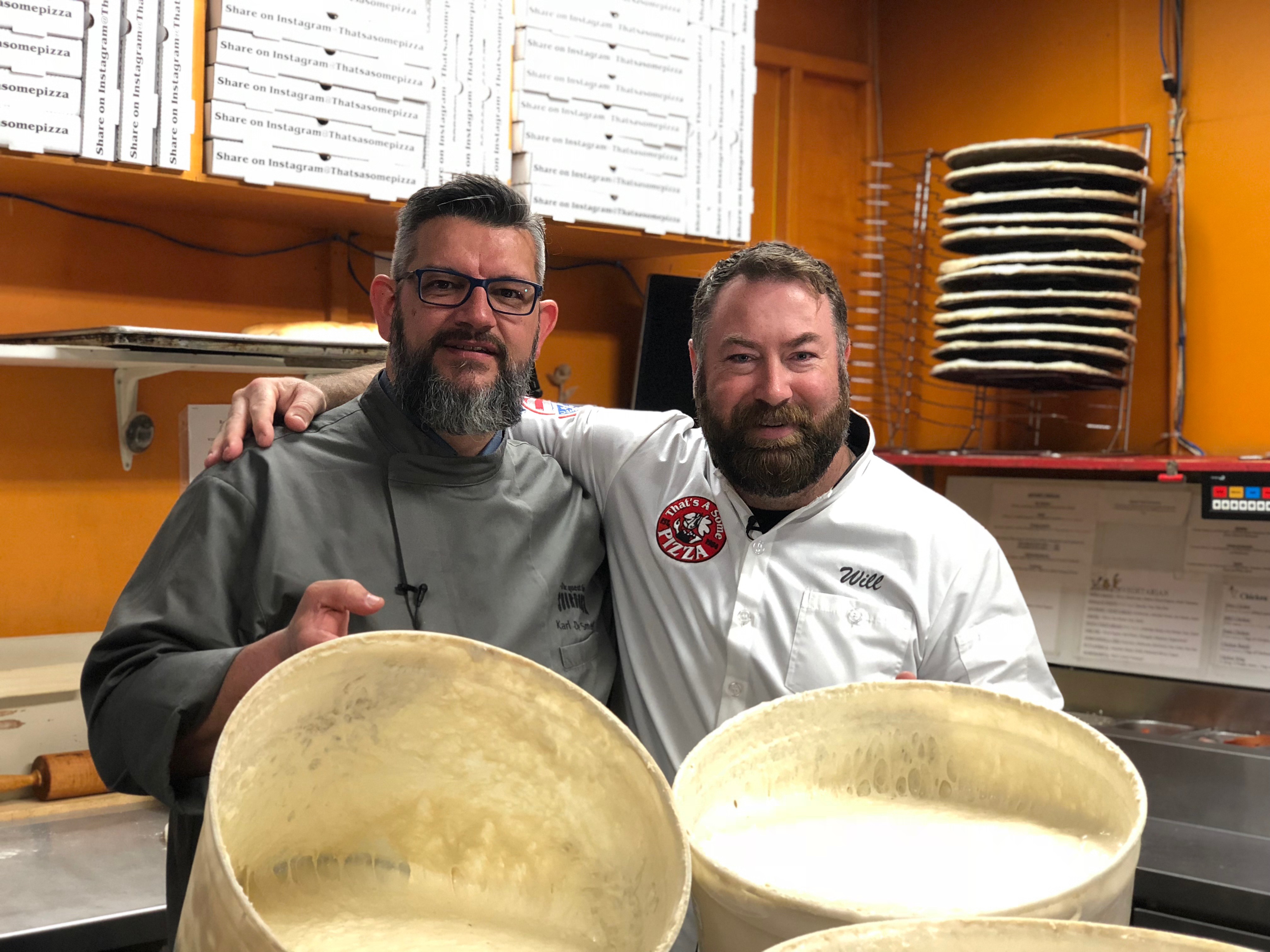 Every pizza maker is proud of his or her pizza dough. But what if you had your dough starter requested by a sourdough library?

That's exactly what happened to Will Grant, 2017 Caputo Cup winner for Best Pizza in America, and owner of That's A Some Pizza on Bainbridge Island in Washington. (Grant has another concept in the works–Sourdough Willy's Pizzaria in Kingston, Washington).

That’s A Some Pizza’s 120-year-old sourdough starter, which dates back to the Alaskan gold rush, caught the attention of Karl de Smedt, the self-proclaimed "sourdough librarian" at Belgium's Puratos Group.

De Smedt heads up The Quest for Sourdough, a project dedicated to protecting and keeping all things sourdough: recipes, history, and, most importantly, the starters that are at the heart of sourdough’s life and culture, according to a press release from That's A Some Pizza. Born out of The Quest, is The Puratos World Heritage Sourdough Library, a vault that stores, saves, and catalogs the world’s oldest sourdough starters.

After several calls and emails between Grant and the library, De Smedt scheduled a visit to record a segment for Quest for Sourdough’s YouTube series.

​Since there’s no way to scientifically determine the age or origin of sourdough starter, oral histories have to tell the tale. The goal of the Library, with its rigorous cataloging process, is to build a base set of data for each of the starters to see how they evolve with age or, even, the seasons or other environmental conditions, according to the release.

To date, the Library has 106 samples, with 17 in the collection hailing from the U.S. That’s A Some Pizza’s starter—sample number 104—is one of only four that is being used commercially. It’s the only one De Smedt has experienced being used to make pizza.

Related: Will Grant talks with PMQ about his dough, pizza competitions and more.