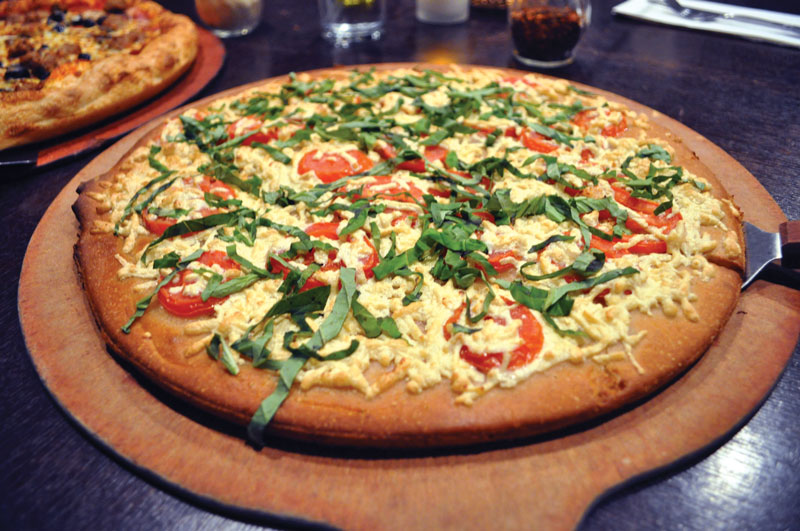 In part 1 of this story, we took a closer look at alternative pizza crusts made with whole-wheat flour, multigrain blends and masa flour. Now let’s turn to gluten-free crusts as well as additional ingredients for your pizza dough.

To create a gluten-free pizza crust, tapioca (flour/starch), sorghum, rice, potato, soybean, fava bean, garbanzo bean and other varieties of flours are often used in combination to replace wheat flour. Be aware that this will typically mix out like a batter rather than dough and needs to be parbaked in or on a solid pan. Gluten-free crusts can then be frozen for use later.

Looking for something easier? Chickpea flour is an increasingly popular option, now used by Oath Pizza for creating both a vegan and gluten-free pizza crust. Oath Pizza’s approach is blessedly simple: Their crust is made with chickpea, olive oil, yeast and oregano. We’ve also seen some pizza chefs combine chickpea flour with tapioca flour-starch along with cheese and herbs.

All of the alternative flours and grain blends mentioned can also be used as dusting flours on the surface of the dough when stretching, sheeting or pressing to form the base of the pizza. This will impart different flavors, textures and appearances in the finished crust.

Chemical leavening agents, such as baking powders (regular unencapsulated or special encapsulated versions), as well as combinations of baking soda (sodium bicarbonate) and various acid sources (lemon juice, vinegar, cream of tartar, sodium aluminum phosphate, sodium acid pyrophosphate, monocalcium phosphate, etc.), can be used as a sole-source leavening system or in combination with yeast in a pizza dough. This dough can be used to make an oven-rising frozen pizza or to produce a “never-fail” type of take-and-bake crust. 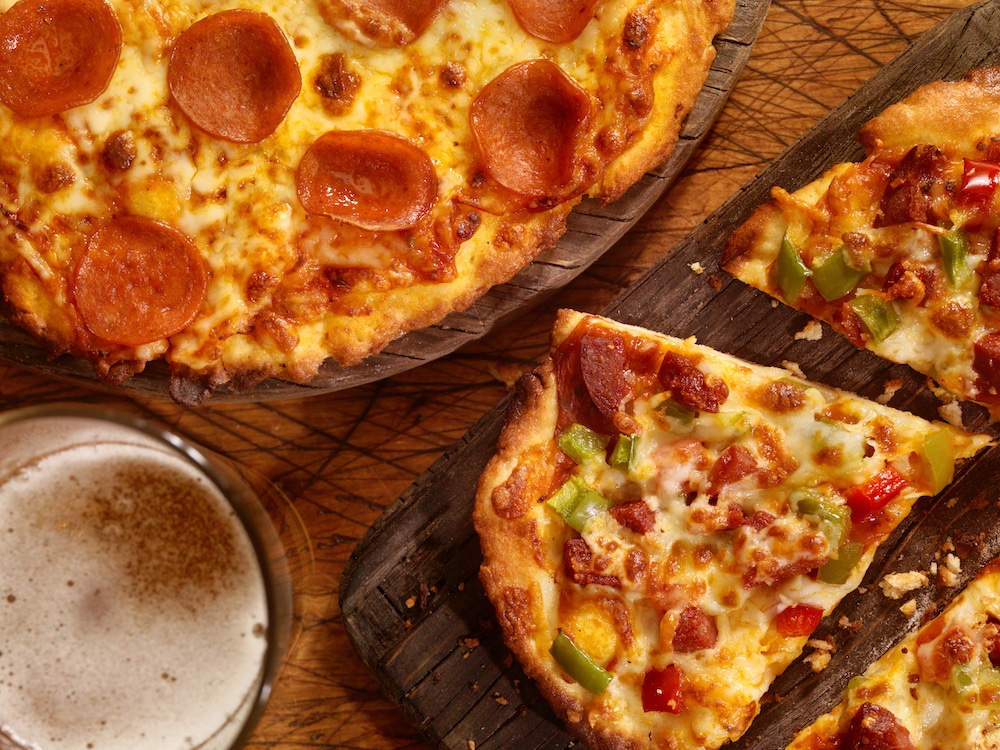 Add-Ins and Stand-Ins
Pizza crusts can also be made by adding vegetables to the dough—as either a complete or partial replacement for the flour in the formula. It will be necessary to decrease the amount of added water to the formulation in order to compensate for the extra water that the vegetables will add to the dough.

Cooked spinach can be added to pizza dough at a weight of 70% based on the amount of flour in the formulation. This would be added along with the flour, not as a replacement. Added water will need to be reduced to zero or very little.

Mixtures of raw egg, spices and seasonings, shredded cheese, shredded raw zucchini, cooked cauliflower (riced/shredded) or cooked spinach can be combined and spread on a greased or oiled pan and baked as usual to form a crust. Once baked, you can add sauce and desired toppings to the “crust” and return it to the oven or broiler for a few minutes until everything is hot and the cheese has melted.

For a potato-based crust, weigh and combine twice the amount of mashed potatoes as compared to self-rising flour, add salt and butter to taste, and mix to form a soft dough. Spread the mixture onto a greased or oiled pan and bake as usual. Once baked, add sauce and desired toppings to the “crust” and return to the oven or broiler for a few minutes until everything is hot and the cheese is melted. Instant mashed potato flakes or potato flour can also be used as a 10% replacement for the regular flour in a typical pizza crust formulation. Be aware that an ingredient called “potato starch” functions completely different than potato flour or flakes in a dough system.

Finally, the crust can be replaced altogether by using cheese to glue the toppings together. Using a piece of parchment baking paper on a pan or screen, arrange the desired pizza toppings (i.e., meats and vegetables) evenly over the paper. Cover the toppings with shredded or diced cheese. Bake as usual until the desired color level and doneness is achieved. Slice and serve on parchment paper.

A lot of variety can be added to a pizza just through the crust alone. So go ahead—be brave! Use some of these ideas or brainstorm some of your own and start experimenting with alternative crusts.

Jeff Zeak was formerly a PMQ columnist and the pilot plant manager for AIB International. This article was edited and adapted from an earlier “Zeak’s Tweaks” article that appeared in the March 2011 issue of PMQ Pizza Magazine. Click here to read part 1 of this story.