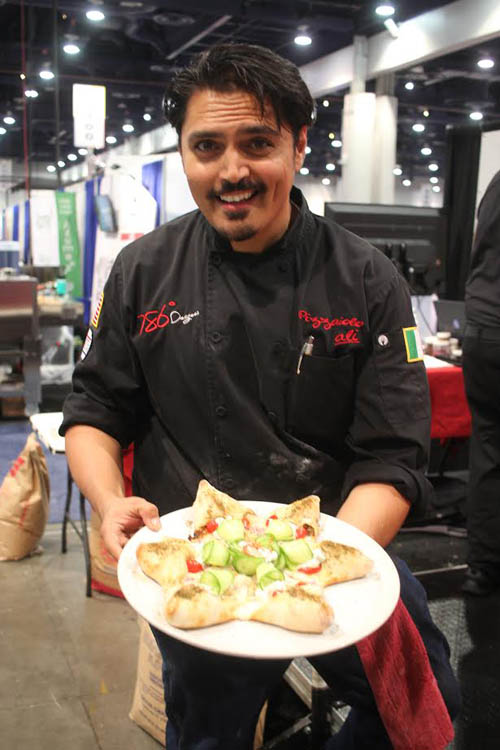 Ali Haider, owner of 786 Degrees in Los Angeles, bridged the international pizza flavor divide and earned a trip to Italy on Oct. 9 while competing in one of the world’s top pizza-making events in Las Vegas. The master pizza innovator, who prefers to be addressed simply as “Ali,” won first place and a spot on the U.S. Pizza Team, topping 19 other competitors in the culinary category at the International Baking Industry Exposition’s (IBIE) Western Pizza Trials.

Originally from Kuwait, Ali is the first Muslim USPT member. He operates a pizzeria that features traditional Muslim-World ingredients on Neapolitan-style crust, located in Sun Valley, outside of LA. “My approach to pizza is inspired by my heritage but updated to bridge taste trends across the globe,” explains the passionate pizzaiolo who quit his job as a spokesmodel for Lamborghini five years ago to pursue his culinary dreams. “I’m thrilled to win this competition among some of the world’s best pizza chefs and to bring my vision for unique, memorable flavor combinations to the world stage and the birthplace of pizza in Italy.”

The Istanbul was topped with doner (shawarma) Kebab and recalls the pizza varieties popular in countless Muslim-owned pizzerias in Western Europe. 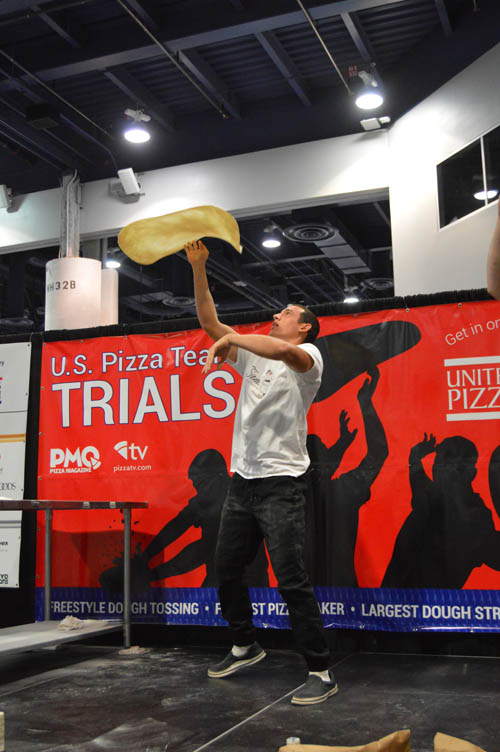 Showmanship and Las Vegas go hand in hand, so it was no accident that the final event of the Western Pizza Trials featured pizza athletes twirling hand-pressed dough discs to the steady beat of feet-moving boom-box tunes. Scott Volpe of Tucson, Arizona, dazzled the judges with his dough-tossing technique to win this year’s freestyle acrobatic event. Volpe, owner of Fiamme Pizza Napoletana in Tucson, Arizona, expanded on the dance-infused routine that he performed in Parma, Italy, last May when he represented the U.S. Pizza Team in the 2016 World Pizza Championship. Volpe said he is stoked to return to Parma in 2017 for the May 8-9 pizza showdown.

The World Pizza Championships attracts hundreds of pizza chefs from more than 30 countries every year. The team regularly competes in events across the U.S. and internationally. The squad won second place in Individual Free Style in 2014 and 2015, and first place in the 2011 Team Acrobatics event and 2016 in the Individual Freestyle category at the World Pizza Championships in Italy. 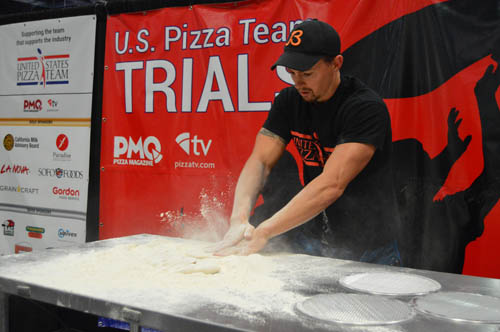