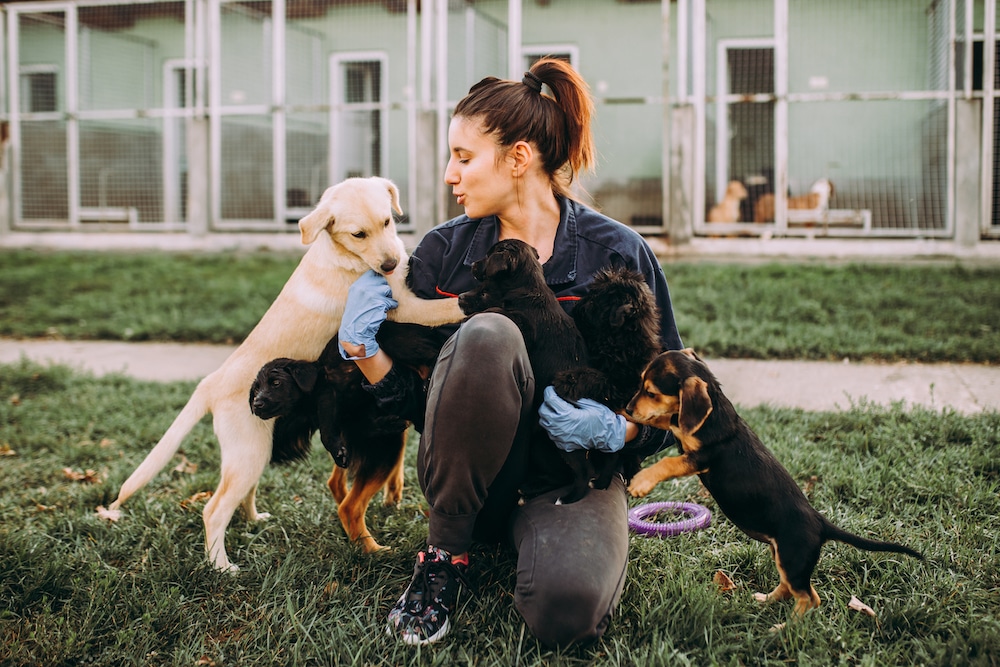 Adopting a dog from the Niagara County SPCA in Niagara Falls, New York, isn’t just a good way to make a new best friend—it will earn you free pizza, too.

An Amherst, New York franchise of Just Pizza & Wings partnered recently with the Niagara County Society for the Prevention of Cruelty to Animals to place photos of adoptable shelter dogs on its pizza boxes. The campaign has since sparked similar partnerships between animal shelters and pizzerias in other parts of the country. In that promotion, which received national media attention, anyone who adopted a dog featured on a Just Pizza box received a gift certificate for free pizza.

Now, the Niagara County SPCA has said it will award a Just Pizza gift certificate to anyone who adopts a dog, period, according to WIVB.

After news of the Just Pizza & Wings promotion spread, other pizzerias picked up the cause, including East Hill Pizza, Sky’s Pizza Pie and a Mellow Mushroom location in Pensacola, Florida; a Papa John’s store in Corpus Christi, Texas; and Lorenzo’s Pizzeria in Charlotte, North Carolina.