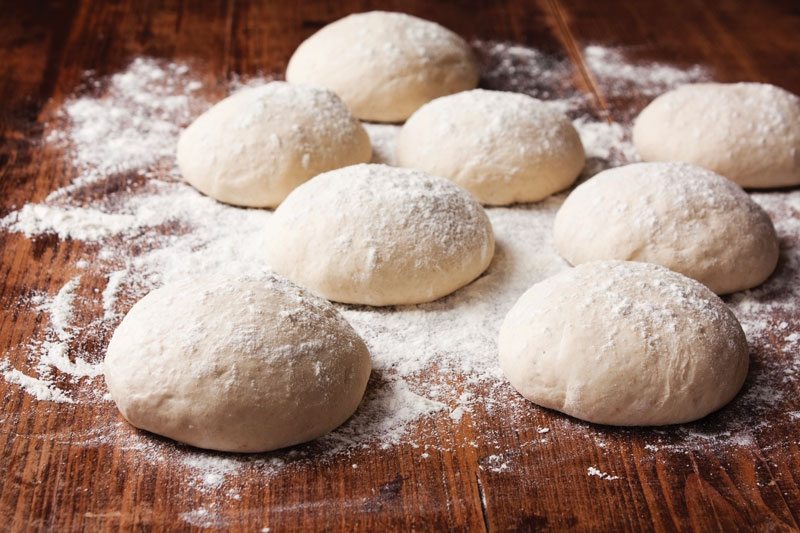 Q Last summer, we had to use ice to keep our dough from getting too hot during the mixing process, but the dough always came out sticky. Can you recommend a fix?

A The stickiness comes about when the added ice melts so late in the mixing cycle that the released water never gets fully incorporated into the dough. This can happen if you use too much ice or the wrong type of ice. For example, cube and tube ice both have less surface area per given weight and a thicker cross-section, so they melt too slowly for the mixing process. Instead, I recommend using chipped, shaved or crushed ice.

When adding ice to your dough, add it directly to the dough water and stir to dissolve some of the ice and chill the water. Then you can mix the dough as usual. This approach yields less ice to melt while still providing the benefit of cooling the water. However, there will be times when you’ll need so much ice that this won’t work. In that case, first add the ice into the water and stir for a few seconds. Mix the dough in the normal manner for about four minutes, then stop mixing and allow the dough to set in the mixer for at least five minutes. This will allow time for all, or at least a good portion, of the ice to melt. Mixing can then be resumed for the normal amount of time.

When using this procedure, listen to the dough as it is mixing; if you hear a “tink, tink, tink” sound, that’s just the ice particles hitting the side of the mixing bowl and is perfectly normal—up to a point. You don’t want to hear this sound when the mixing process is within four minutes of completion. If you still hear it, immediately stop the mixer to allow time for the ice to continue melting before you resume mixing. Otherwise, you’ll end up with sticky dough and, in some cases, severe bubbling during baking.