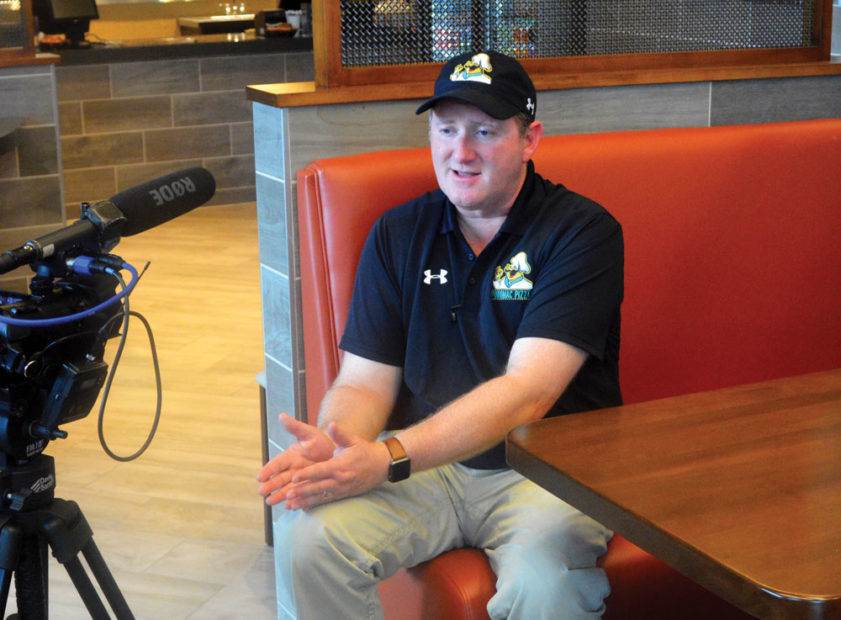 Adam Greenberg, owner of the four-location Potomac Pizza and the two-store Bagels & Grinds in the Washington, D.C., area, doesn’t get many complaints about his food, but one little problem has always nagged at him. “I was really tired of telling everyone that our pizza is as close to New York as you can get in D.C.,” he says.

“I could never look a New Yorker in the eye and say it was New York pizza, because they would probably slap me.”

A persistent and widespread theory holds that New York pizza’s excellent taste derives from the city’s tap water. Some consider it a myth, but to others, them’s fightin’ words. And Greenberg’s a peaceable sort of fellow.

So when he opened his first Bagels & Grinds location in April 2012, he decided to put the theory to the test. After considerable research on what makes the Big Apple’s water unique, Greenberg invested $50,000 in an on-site water treatment facility in the hopes of making his own New York water right there in Maryland.

“In simplified terms, we filter, soften and remineralize the water to match the mineral content of the water in New York City,” Greenberg says. “We believe the differentiating factor is that the water gets filtered down through the Catskill Mountains and picks up some of that granite, which creates the hardness in the water. You need a certain amount of hardness when you bake, and we believe that is the differentiation in the water.”

Since Greenberg operates a Potomac Pizza shop and a Bagels & Grinds shop in the Hotel at the University of Maryland (UM), he’s now testing the high-tech system’s water in his pizza and bagel dough to find out if New York water is all it’s cracked up to be.

Installing an on-site water filtration system is just one example of Greenberg’s willingness to embrace and experiment with technology while some operators still shy away from it. The original Potomac Pizza opened in 1978, and Greenberg bought it in 1995 after several years in the ice cream parlor business. He has been one of the industry’s leading innovators ever since.

His business savvy even landed him on the cover of PMQ’s July/August 2004 issue. At the time, we reported on how Greenberg built up his business using classic grassroots marketing tactics. He became known in the community for his pizza making demonstrations in the local elementary schools and for giving each child a “Junior Chef” card that earned a discount on the next visit. He created “welcome kits,” which included coupons for free $25 dinners, and mailed them out, addressed by hand, to new people in the area to boost his dine-in business. He even put several catering trucks on the road and, for all school-related events, gave 25% of sales back to the schools.

Greenberg recently opened his fourth Potomac Pizza location, this one in the aforementioned hotel on the UM campus. Since delivery is key to his business, he worked with Food Tech Solutions to develop a smartphone app for both customers and delivery drivers. “When our drivers come into work, they clock in and, with our delivery app, they scan a QR code that connects their personal phone securely with our POS system,” he explains. “So when the pizza is ready, they check it in on their own phone. They can check in one, two, three, four deliveries—however many they’re taking.”

The app gives them directions for each delivery, and customers can even sign their tickets on the driver’s phone. “We have predetermined tip amounts—18%, 20% or 22%,” Greenberg says. “The customer can tip whatever they want, but we give the predetermined percentages because, when most people go out to a restaurant, they think 18% or 20% is standard. So they say, ‘Oh, that’s what I tip in a restaurant, so that’s what I’ll tip for the delivery,’ instead of the traditional one or two dollars.”

Needless to say, Greenberg’s drivers love the app. “Our drivers are making anywhere from 20% to 40% more money per delivery on tips by using the app,” Greenberg says. “So even though they use their own phone [and] their own data plan, they’re making so much more than the extra, maybe, $20 a month it costs them.” 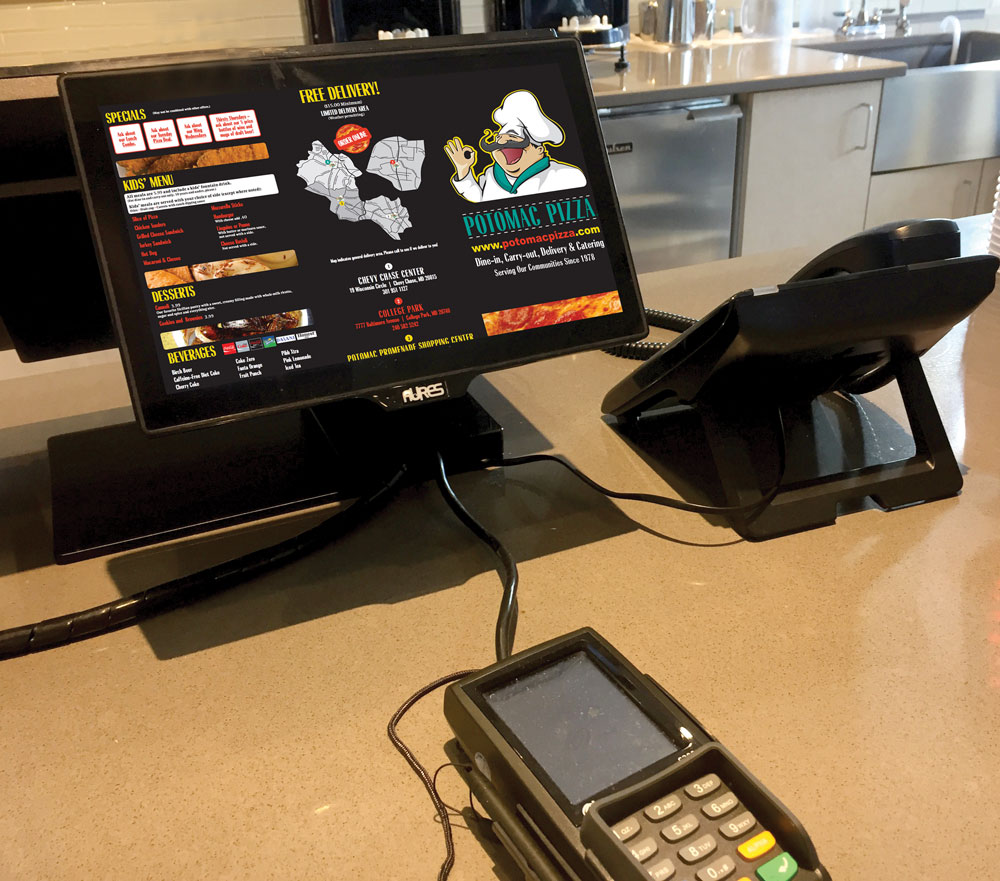 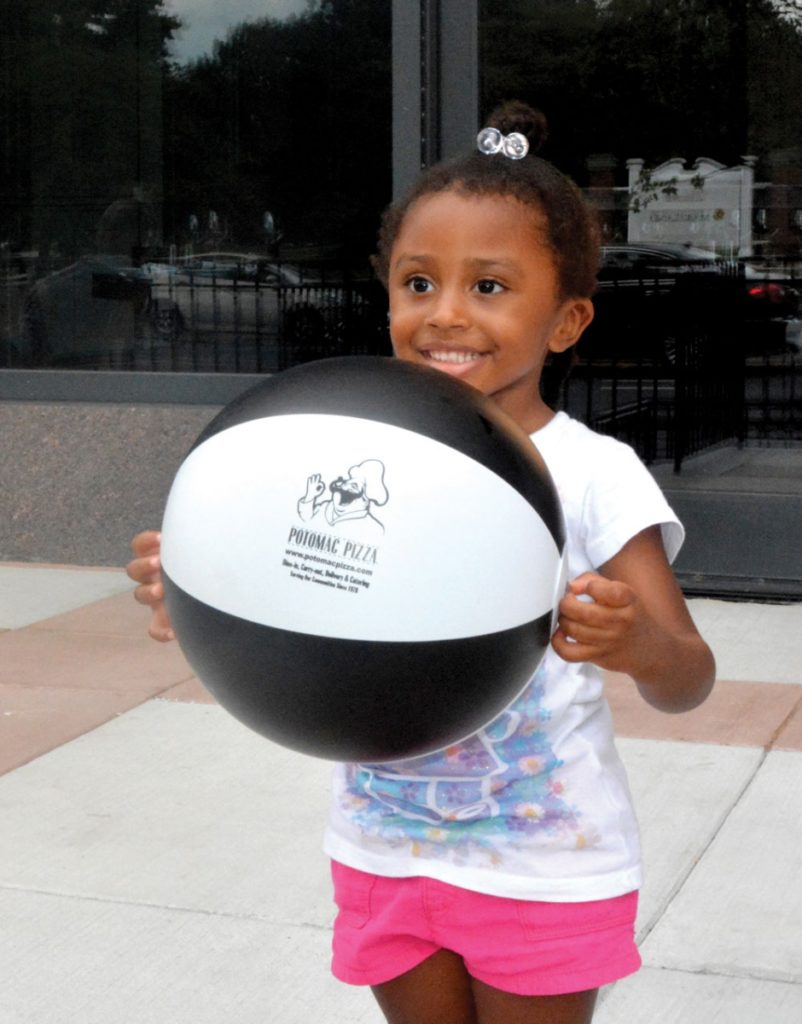 That means small companies like Potomac Pizza can compete with the megachains, both in terms of food quality and customer service, while also helping their drivers make more money.

“If you have the right technology in your store, you can achieve so much more,” Greenberg says. “That’s our competitive edge. That’s how we create that awesome customer experience. Because they order online, many customers want all of these tools. And once they’ve had pizza from us, they come right back.”