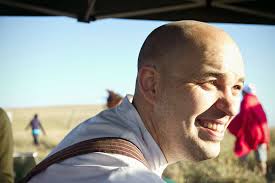 Adam Dulye has been named Executive Chef of the Brewers Association (BA), the not-for-profit trade association dedicated to small and independent American craft brewers, and CraftBeer.com, the BA website for beer lovers. Dulye will use his culinary background to promote the value and compatibility of craft beer and cuisine. He will also continue to provide the culinary vision for BA events including SAVOR℠: An American Craft Beer & Food Experience, the Farm to Table Pavilion at the Great American Beer Festival®, the World Beer Cup® dinners and write for his craft beer chef centric blog on CraftBeer.com entitled “Craft Beer with Chef Adam.” He has been working with the BA for seven years.

“As the demand for craft beer continues to grow, so does the desire from beer lovers, chefs and food and hospitality professionals to educate themselves to lead in the art of pairing beer and food,” said Julia Herz, publisher of CraftBeer.com and craft beer program director at the Brewers Association. “We’re thrilled to have the expertise of Chef Adam, a longtime friend and collaborator of the BA. He knows how to push the palate and he is a valuable ambassador as we continue to provide resources on beer pairing.”

Along with Herz, Dulye co-authored CraftBeer.com’s Beer & Food Course, a free curriculum designed for culinary schools and beer educators who want to learn how to pair craft beer and food. In addition to his work at BA events, he now will also create the menu and oversee the catering staff preparing dinner for the National Homebrew Competition banquet at the American Homebrewers Association National Homebrewers Conference. Dulye also collaborates with the BA Export Development Program, presenting craft beer dinners paired with international cuisine.

At the forefront of pairing, Dulye’s work garnered national and international accolades with the opening of The Abbot's Cellar and The Monk’s Kettle in San Francisco. Under his direction, The Abbot’s Cellar was named a Top 100 Bay Area restaurant in the San Francisco Chronicle as well as a semi-finalist for a James Beard Award.  He is a graduate of the Culinary Institute of America Hyde Park and has helmed several kitchens in craft beer-centric locations such as Boulder and Vail, Colorado and Portland, Oregon. Dulye also studied cooking in France.

“Craft beer is such a versatile beverage and I am excited to share the endless possibilities of pairings with the culinary world,” said Dulye. “From crafting unexpected and challenging pairings at events, to providing basic educational tools for beginners, our efforts are making waves in the ever-advancing culture of food and beer. My intent in my work with the Brewers Association is to further expand on that.”

The Brewers Association is the not-for-profit trade association dedicated to small and independent American brewers, their beers and the community of brewing enthusiasts. The Brewers Association (BA) represents more than 70 percent of the brewing industry, and its members make more than 99 percent of the beer brewed in the U.S. The BA organizes events including the World Beer Cup®, Great American Beer Festival®, Craft Brewers Conference & BrewExpo America®, SAVOR℠: An American Craft Beer & Food Experience, AHA National Homebrewers Conference, National Homebrew Competition and American Craft Beer Week®. The BA publishes The New Brewer magazine and its Brewers Publications division is the largest publisher of contemporary and relevant brewing literature for today’s craft brewers and homebrewers.