Activated Charcoal Adds Flair to Pizza Presentation, But Is It Really Good For You? - PMQ Pizza Magazine 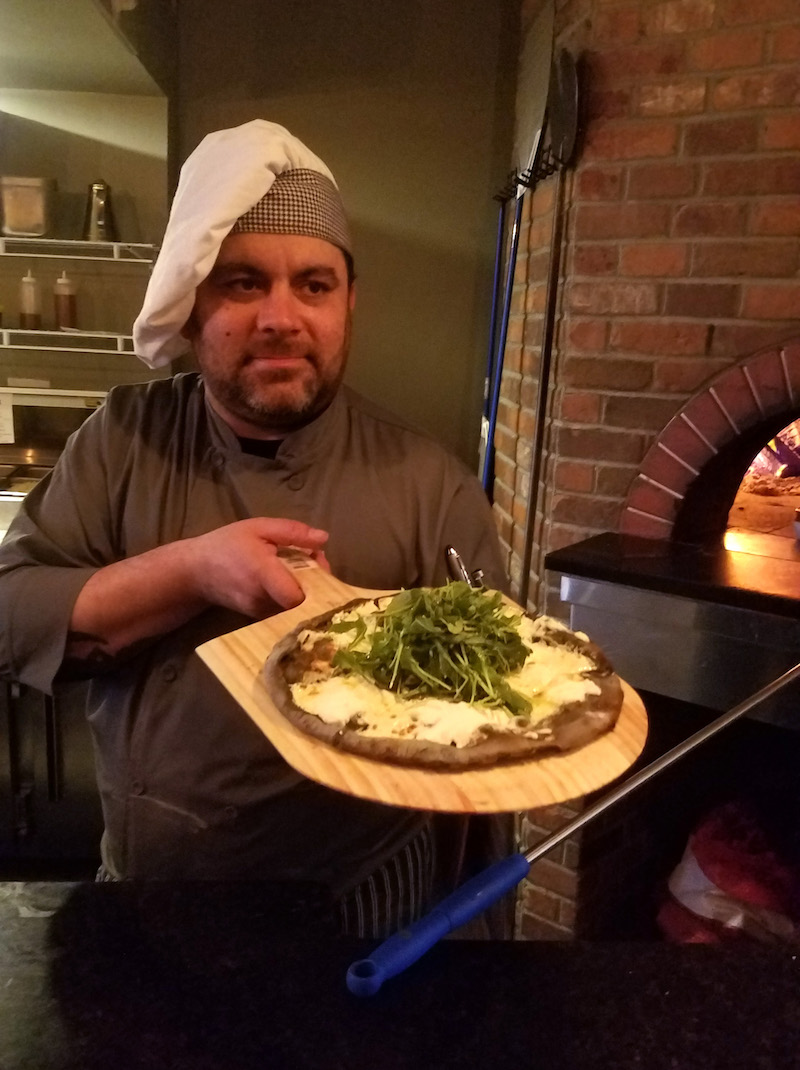 Activated charcoal’s on a roll as an additive in pizzas, pastas and even ice cream, but does it really have the health benefits claimed by some?

Naples-born pizzaiolo Salvatore Olivella of Olivella, which opened just last year in North Bergen, New Jersey, developed his own recipe for charcoal pizza dough, then went on to offer it as an option for his various pasta dishes. Not only are his black pizzas visually striking and Instagram-worthy, they also help boost check averages, selling for an additional two bucks over the regular pizza price.

But unique presentation and pretty pictures aside, some pizzeria operators may be unwittingly overselling charcoal as a “healthy” ingredient. In an interview with The Washingtonian, Chef John Mooney of Bidwell’s in Washington, D.C., described charcoal as “a natural alkaline” that provides “a purifying element” to food. “People who eat a lot of pizza with tomato and cured meats, they experience heartburn, but the crust actually neutralizes that,” Mooney told The Washingtonian. “That’s not some crazy stuff. That’s science, man.” 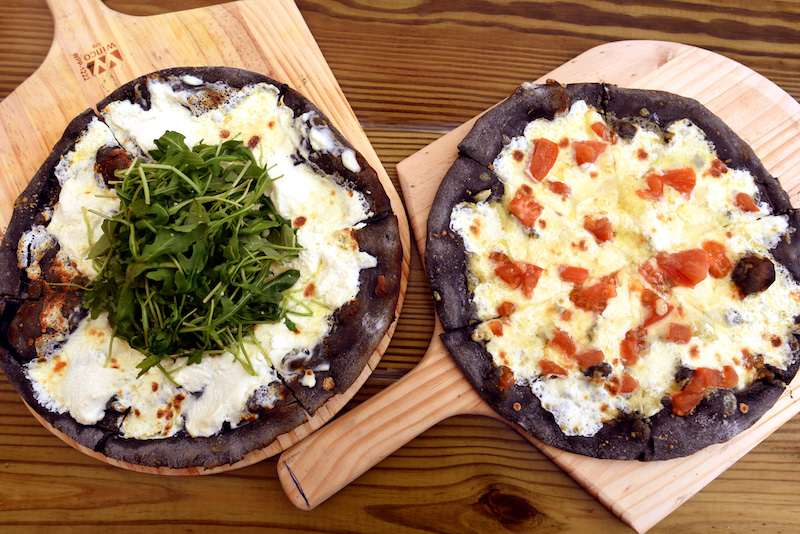 But is it really? Despite an online profusion of claims about the health benefits of activated charcoal, actual scientists have a different take. Writing for Shape Magazine, Dr. Mike Roussell describes these claims as “wellness fairy tales” and says, “The purported benefit of activated charcoal as a detoxifier is a shining example of how knowing just a little bit of information—and not the whole story—can be dangerous.”

In fact, scientists warn against ingesting activated charcoal because it absorbs medications and chemicals in the body, which could reduce the effectiveness of prescription drugs like antidepressants and birth control pills. “Charcoal is used in the medical setting for very specific purposes, such as when an individual has been poisoned,” Tim Caulfield, research director of the Health Law Institute at the University of Alberta, told Munchies. “People are always looking for a magical formula to health and nutrition. But when has one of these fads ever, over the long term, turned out to be correct? Eat a sensible, balanced diet with lots of fruits and vegetables. Forget the gimmicks.” 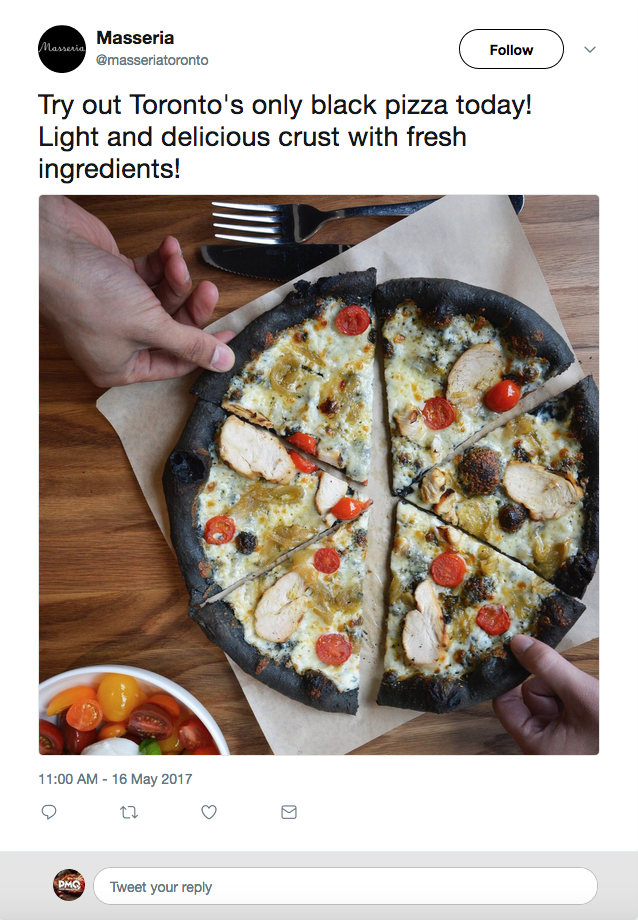 Roussell agrees: “Activated charcoal is not absorbed by your body,” he writes in Shape. “It stays in your digestive tract. So in order for it to work in poison control, ideally you need to take it while the poison is still in your stomach so it can bind the poison or drug before it gets too far into your small intestine (where it would be absorbed by the body). Thus, the idea that activated charcoal ingestion will cleanse your body from the toxins inside doesn’t make physiological sense, as it will only bind things in your stomach and small intestine. It doesn’t discriminate between ‘good’ and ‘bad’ either.”

Roussell also shoots down another dubious claim that keeps sprouting up on alternative health websites: the notion that activated charcoal reduces hangovers or prevents you from getting too drunk on alcoholic beverages. The charcoal, he says, “doesn’t bind to alcohol very well. Plus a study published in Human Toxicology found that, after having a couple of drinks, blood alcohol levels in study subjects were the same whether they took activated charcoal or not.” 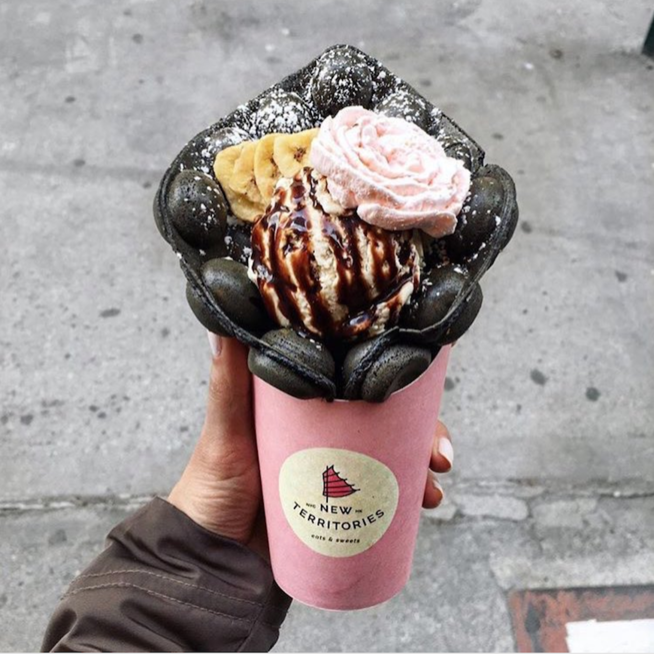 Still, the charcoal trend keeps gaining moment. ‘O Munaciello, a Miami restaurant founded by Valentina Borgogni, offers a dark version of pies like the Maradona (topped with sausage and a dollop of burrata), while the Boccanegra, on the menu at Pizzicotto in West London, features fior di latte, spicy N’duja sausage, basil salsa and burrata, all served on a charcoal-hued crust.

Jessica Sidman of The Washingtonian vouched for the “tastiness” of Bidwell’s pies, including one topped with béchamel sauce, mozzarella, double-smoked Benton’s bacon, kale and topneck clams. “The charcoal gives the crust a striking grayish hue, but don’t worry—it’s flavorless,” she writes.