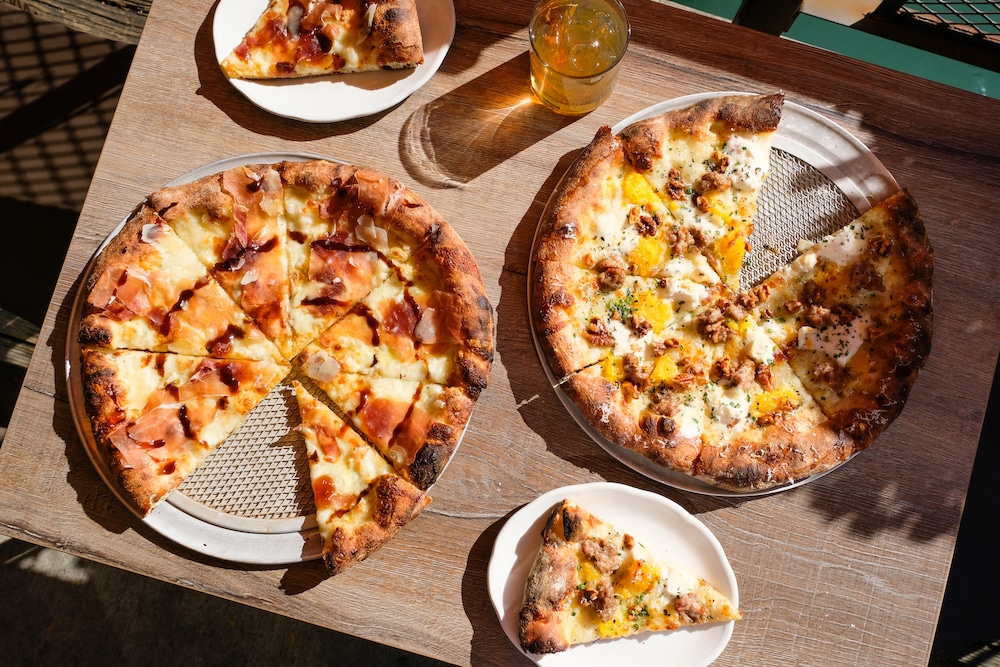 When pizza legends John Arena, Chris Decker and Tony Gemignani collaborate on a National Pizza Month promotion, you can bet it’s gonna be good—and for a good cause, too.

Robert Garvey, owner of Robert’s Pizza in Chicago, brought the trio of heavy hitters together to raise funds for a pair of nonprofits during October. They came through with two artisanal pies— the Acorn Squash Pizza from Arena and Decker of Metro Pizza in Las Vegas and the Cal Italia Pizza from Gemignani, owner of Tony’s Pizza Napoletana in San Francisco and numerous other restaurants.

Both pizzas sell for $25 each and are available for dine-in, takeout and delivery through October 31.