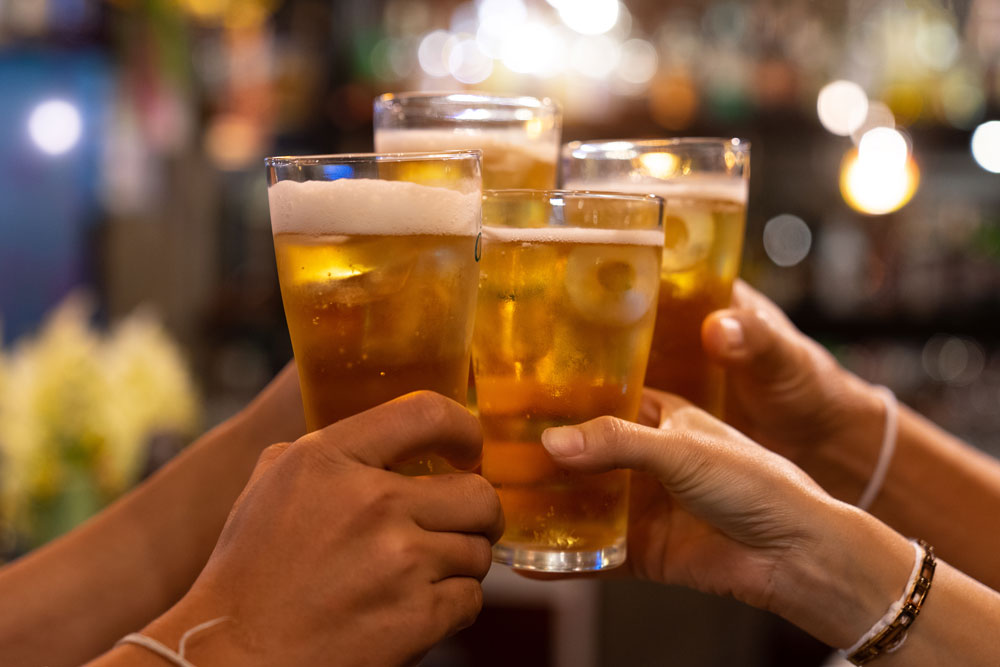 As we all know by now, prices are out of whack in this economy. According to a recent National Restaurant Association survey, more than 80% of operators say the costs of food, labor and occupancy are higher than they were in 2019, and 85% report that profits are down.

That sucks, right? But, ladies and gentlemen, there’s one item on my menu that hasn’t increased in price. In fact, it’s gotten more competitive. And that’s booze.

If you’ve been toying with the idea of getting a liquor license (and even if you haven’t), I suggest you give it some serious thought. In the next year or two, alcohol sales might save your business, especially if you’ve got 20 to 50 seats in your restaurant and people like sitting down in them.

Your insurance costs will go up a bit with a liquor license, but the increase in business will offset that expense. A liquor license can:

Every state has its own process for acquiring a full liquor license, which can be costly (purchase fees, lawyer fees, filing fees, etc.). That’s why I suggest you start with a beer-and-wine license, which is a fraction of the cost. Here’s what you need to do:

Carry only a few brands—Bud, Bud Light, Coors, Coors Light and Miller. You don’t need to buy pallets. And you also don’t need to buy craft or specialty beers if you don’t want to. You can get involved in the beer-and-wine game for 300 bucks. Buy a few cases of canned beers from your local distributor. With a beer-and-wine license, you can also carry those canned vodka-and-seltzer or rum-and-cola combos. There’s a ton of that stuff out there, and you can sell so much of it! (Note: When you take on this initiative, I guarantee you that some customers will say, “Can you get this craft beer? How about this seasonal ale?” Don’t do it! Stick with the basics, or, the next thing you know, you’ll have 30 cases in your walk-in, and you’ll be sitting on that inventory for more than three weeks.)

As for wine, you don’t have to go cuckoo. Get three bottles of Cabernet, Merlot and Pinot. And whatever you pay for that bottle of wine, that’s what you’re going to charge by the glass. If you pay $4 for a bottle, sell that first glass of wine for $4, and the rest of the bottle is profit. Not bad, right? Or you can throw those cute little 8-ounce bottles of wine on the table when a customer orders. Salute!

Another perk of a limited beer-and-wine menu is that you don’t have to educate your waitstaff on the flavor profiles of every craft beer out there. A Bud’s a Bud. But you do need to train your staff to be more attentive. They can’t serve someone 10 beers, so there’s a form of responsibility there that you don’t have with mozzarella sticks.

Whatever you pay for that bottle of wine, that’s what you’re going to charge by the glass. If you pay $4 for a bottle, sell that first glass of wine for $4, and the rest of the bottle is profit.

2. Partner with your distributor.

We’ve talked about the importance of partnerships before. I’ve gone to my liquor wholesaler and said, “Listen, every week I want a special on a product that you can’t move. What’s the best you can do?” And the distributor usually has a laundry list of different canned beers they want to get rid of. Once a distributor finds out that you’re willing to push product and move units, they’ll work with you: “Look, we’ve got a product coming in. We think it’s going to be a dog. Do you want to buy on cost?” You become highly valuable to the distributor. If you start moving product, your salesperson will bust their tail for you, especially in this economy, to help you expand your portfolio.

Just because you have a beer-and-wine license doesn’t mean you need to build a bar and take on four grand of inventory. Just make space for four cases of beer in the same walk-in that holds your dough. That’s it. If you blow out one case, go buy another one. But it’s a good idea to put up a TV somewhere. People who watch TV while they eat and drink tend to eat and drink more. If you’re in an area where country music is hot, put on something country music-related. It’s football season here in the Northeast, and I’ve got nothing but the New England Patriots and Boston Red Sox on my TVs. (I’m a huge Yankees fan, but I can’t show their games unless I want a pizza peel thrown at my head.) Note: Do not play the crap that your employees want to watch, which can be a big problem.

Margins on alcohol can be 40% or higher, which can account for about 30% of your total sales.

Use your POS system to track the beers your customers order. Make every 11th beer free or offer a free slice with every 10th beer. If you do offer craft beers, create a passport. Customers can write down all of the craft beers they’ve had and rate them, or you can buy a little stamp with your restaurant’s logo on it.

Related: Serving up the suds with Sean Dempsey

Here’s a great money saving tip: I stock beer cans rather than bottles in my restaurant. Why? When I first started Federal Hill Pizza, I bought two gigantic commercial garbage cans. I approached my dishwasher, who was being paid minimum wage, and said, “I’m giving you first dibs. I’m going to tell you how you will make more money with me. I’ll give you the play on the cans.” He agreed. He took care of the recyclables for me (cans are lighter than bottles) and ended up making about 50 bucks a week on the deposits. Once a month, he would even buy me and the guys in the kitchen a cup of coffee. And I eliminated my garbage costs by more than 100%. Win-win!

Listen, a lot of businesses didn’t make it through COVID-19, but you did. Now is the time to make your restaurant the best it can be and as profitable as possible. And to do that, a liquor license or beer-and-wine license is not only a good idea, but a lifeline. Bottom lines up!