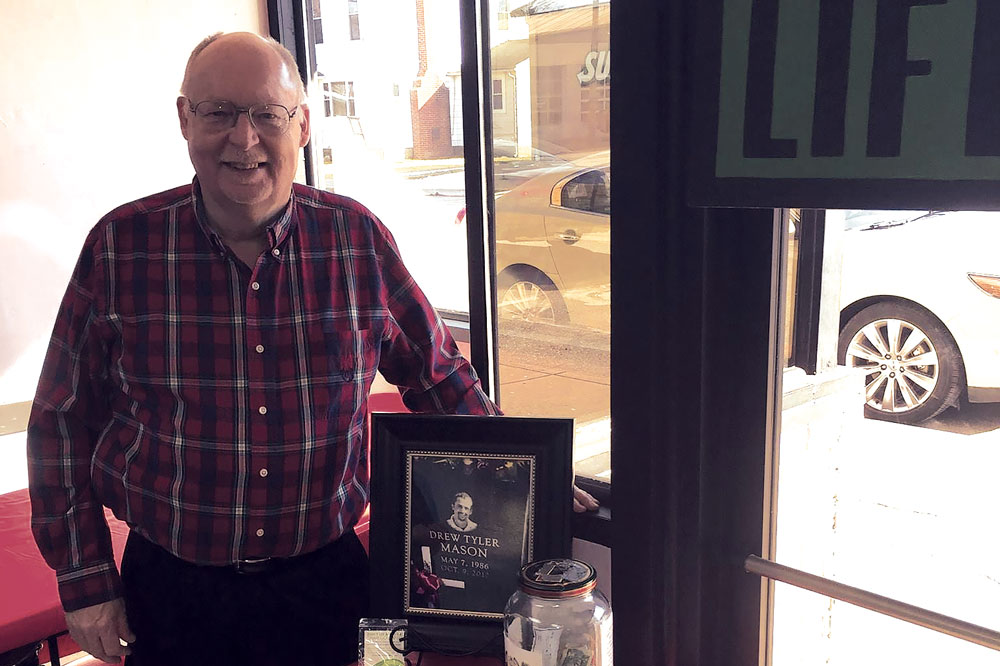 Don Van Zant, owner of Cardinal’s Pizza Shop in North Lewisburg, Ohio, knows he is lucky to be alive after surviving a liver transplant in 2012. That’s why he insists on paying his blessings forward, both to others in need of lifesaving organs and to young college students trying to build a better future.

Cardinal’s serves as a community hub in North Lewisburg, a town of only 1,800 residents northwest of Columbus. Van Zant bought Cardinal’s in May 1994 from a longtime pizzeria operator who became a close friend and mentor. For the most part, things went smoothly over the next 18 years as Van Zant, a natural extrovert, enjoyed life as a successful entrepreneur and civic leader. But on July 17, 2012, he got some news that changed his life: He had aggressive liver cancer.

According to his oncologists at the University of Cincinnati Medical Center (UCMC), a liver transplant was Van Zant’s only shot at survival. And it needed to happen quickly, because the metastasizing cancer was likely to spread. After a series of tests determined that he qualified as a transplant candidate, Van Zant was placed on the national transplant list, and a month later he received the phone call he’d been praying for: A donor liver was available.

“The generosity of North Lewisburg makes our efforts successful. Not only are scholarships awarded, but we help educate people about the need for and benefits of organ donation.”
—Don Van Zant, Cardinal’s Pizza Shop

But, as is usually the case when lifesaving transplant opportunities arise without warning, Van Zant’s good fortune hinged on someone else’s tragedy. Three young men had been involved in a single-truck accident only hours previously. One man died at the scene, another was severely injured, and the third, Drew Mason, was critically injured and evacuated by air to UCMC, where he was declared brain-dead. The hospital staff found solace in the fact that Mason had elected to be an organ donor. His family consented to their son’s wishes, and the young man’s life-support mechanisms were turned off.

Van Zant considers his successful five-hour transplant surgery nothing short of a miracle. The strong-willed pizza chef woke up from his surgery in about 15 hours instead of the predicted 24 to 26 hours. Anxious to get back to his family, he spent less than 24 hours in surgical intensive care and left the hospital after only five days. He says he has since experienced virtually no complications. “For a 67-year-old man, not too bad,” he says. “Besides not overindulging in pizza and making sure I take my meds for the rest of my life, there are a few things I have to be careful about. Can’t be around sick people. Can’t really eat at a buffet anymore. I have to eat my eggs totally cooked instead of sunny-side up. I really miss those eggs.”

“He’s a Special Part of My Life” 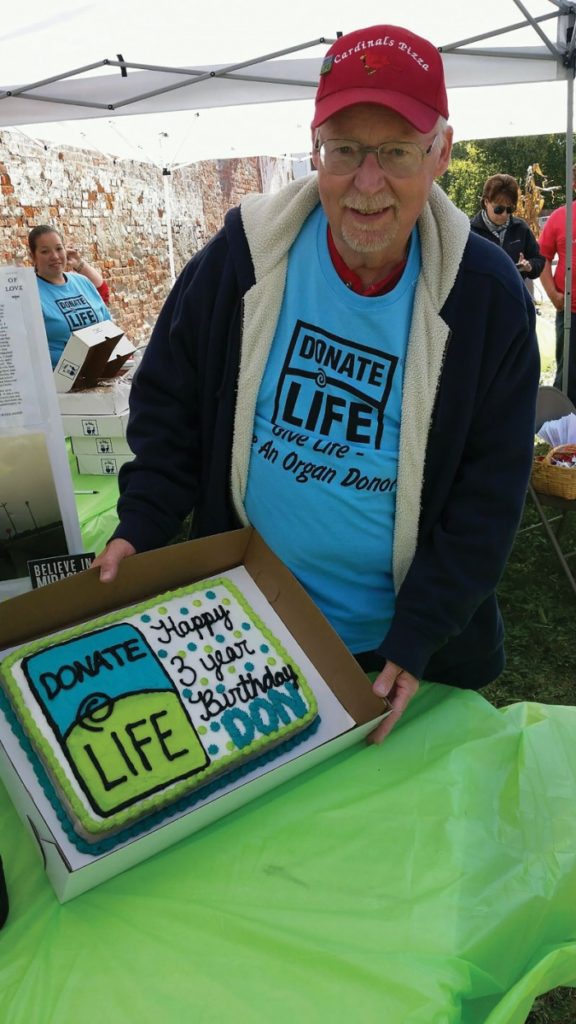 Van Zant’s successful transplant and recovery are remarkable, but the story doesn’t end there. He knew he needed to meet the family of the young man who saved his life. “For me, having an organ transplant was an extremely emotional experience,” he says. “From the beginning, I wondered about my donor. Who was he, and how was his family coping? Four days shy of the first anniversary of my transplant, I met my donor’s mother, sister and stepdad.” Mason’s mother gave Van Zant permission to create a scholarship fund in her son’s name, and the Drew Mason Memorial Scholarship was established at Owen County High School in Owenton, Kentucky.

Mason’s family, Van Zant’s family and the extended Cardinal’s Pizza family all gathered for a moving ceremony in June 2014, where Van Zant awarded the first scholarship and gave a brief speech. “I never met Drew, but he’s a special part of my life,” Van Zant said in his presentation. “I have learned a lot about him. He enjoyed sports, especially baseball and golf. He enjoyed people, never met a stranger, had an extremely positive attitude, and cared about others. On October 9, 2012, Drew lost his life in a terrible truck accident that also claimed another young man’s life and severely injured a third young man. Because Drew cared about others, he had signed up to be an organ donor. As a result, Drew saved my life and the lives of five other individuals. A man in North Carolina received his heart; a man in Maryland received his lungs; a man north of Cincinnati received his pancreas; two small boys in Cincinnati—a two-year-old and a three-year-old—received his kidneys; and I received his liver. To the best of my knowledge, all are doing well. This scholarship is awarded to an Owen County High School graduate who best lives their life like Drew lived his and is made as a way of saying thank you.”

“Having an organ transplant was an extremely emotional experience. From the beginning, I wondered about my donor. Who was he, and how was his family coping?”
—Don Van Zant, Cardinal’s Pizza Shop

Van Zant presented the first Drew Mason Memorial Scholarship—a $2,500 award—to Drew Mason’s sister, Lindsey Brooke Grubb. He recalls the thrill he felt as Lindsey stepped up to receive the award amid thundering applause and a standing ovation. “It was a very heart-touching experience,” he says. Near the program’s conclusion, a thunderstorm rolled in, he recalls. As the audience began to scatter, the sun re-emerged and a rainbow appeared, signifying, for Van Zant and many others, a blessed ending to an unforgettable day.

The Cardinal’s Pizza staff does the hard work of raising money for the scholarship, Van Zant notes, and the town of North Lewisburg supports it selflessly. “We’re a one-traffic-light town, and if you blink, you just might miss us,” he says. “But we are a generous community. Many of our neighbors work at the local Honda of America plant. Our pizzeria seats 30 to 40 people, and we’re kind of the town’s info center. Folks come in and want to know if the girls’ softball team is playing tonight or if the bank is open. They kind of have us on speed dial.”

Cardinal’s hosts various events to support the Drew Mason Scholarship Fund, including a bake sale, a take-and-bake sub sale, a pizza sampler in February, and the annual Celebrate Life Festival in October. Money is collected daily in a donation jar that is routinely filled with hard-earned cash, ranging from pennies to hundred dollar bills.

In 2015, Van Zant expanded the fund to six $500 scholarships, representing the six lives that Mason saved. He was able to double the funding to six $1,000 scholarships this year. “The generosity of the North Lewisburg community makes our efforts successful,” Van Zant says. “Not only are scholarships awarded, but we help educate people about the need for and benefits of organ donation. We ask them to at least consider the possibility of signing up to be an organ donor. This makes all of our hard work worth the effort.”