A pair of pint-sized pizzathletes are spinning their way to global fame. - PMQ Pizza Magazine 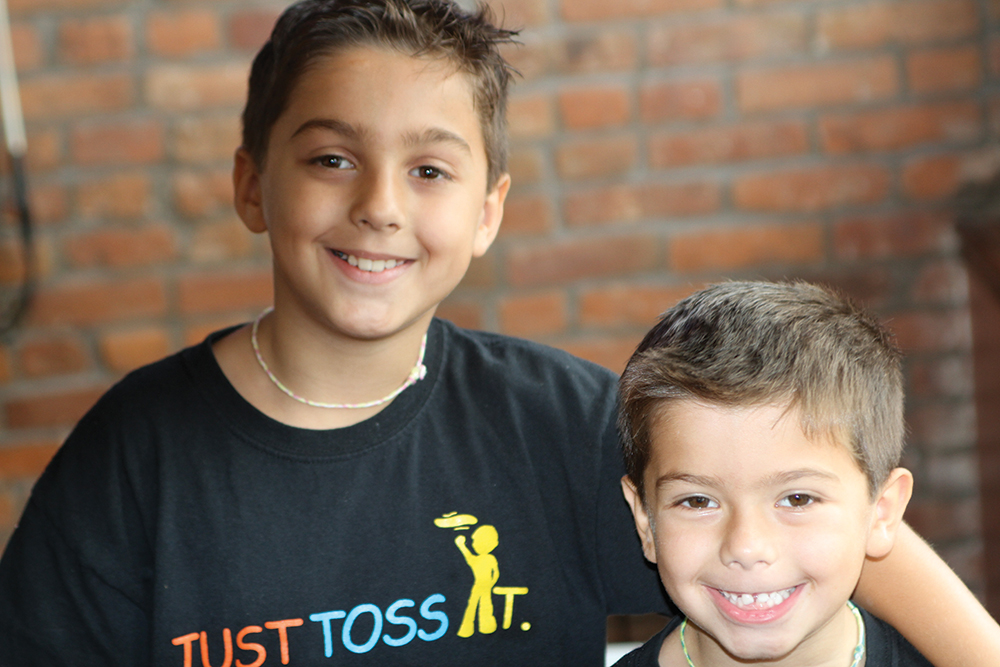 He doesn’t sing or dance. He’s not an actor or a reality TV star. But Michael Testa may be one of the most famous 10-year-olds in the country. As the son of pizzaiolo Carmine Testa and first-born heir to the family business, Carmine’s Pizza Factory in Jersey City, New Jersey, Michael has parlayed his dough spinning skills into global celebrity, appearing on network and syndicated TV shows in the United States as well as the U.K., France, Japan and Spain.

“I first started spinning dough when I’d go to work with my dad on Saturdays,” the pint-sized prodigy says. “My dad would give me some pizza dough, and I’d play with it. When I started to toss it and try to do tricks, he bought me Throw Dough to practice with.”

Within just a few weeks, Michael was out-spinning his dad—an impressive feat, since Carmine Testa has been honing his skills for 20-plus years. “We were fooling around one day, and I showed him a couple of tricks,” Testa recalls. “I get home one night, and he’s like, ‘Dad, look!’” And he did everything I showed him. So then I showed him a few more things, and two days later, he’s like, ‘Look, Dad!’ Then he started adding things that I couldn’t even do.” 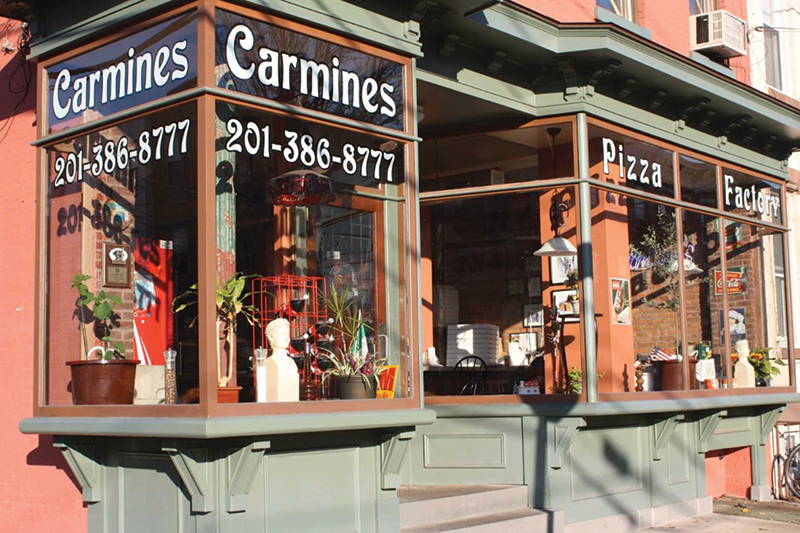 Before long, Michael began performing on local TV programs, eventually moving up to The Rachael Ray Show, The Chew, The Steve Harvey Show and Access Hollywood Live. Soon, Testa’s younger son, Nicholas, now six, began to show a similar talent, and a brother act was born. Sporting comically oversized fake mustaches and deadpan expressions, the boys strut through their routines with smooth and rhythmic precision, spinning dough to dance-pop tunes and bobbing their heads. “It’s fun,” Michael says. “We like the attention we get from customers. We like making people happy.”

Spinning dough hasn’t exactly hurt their popularity at school either. The boys performed last year at a school party, with Carmine’s Pizza Factory catering the event. “I liked it when the girls called me cute,” Nicholas says.

“It’s pretty cool that my boys have worked with Rachael Ray, Mario Batali, Gordon Ramsay and Wolfgang Puck. These are four of the top five celebrity chefs in the world.”
—Carmine Testa, Carmine’s Pizza Factory

Carmine Testa followed in his own father’s footsteps to become a pizza maker. “I’ve been making pizza since 1983, when I was 13,” he says. “My dad had a small place in Perth Amboy, New Jersey. I had my first place in Woodbridge, New Jersey, when I was 20.”

Located in a historic building painted “pizza-pie red,” Carmine’s Pizza Factory seats 30 people inside and 28 outside. “Our customers know about the boys,” Testa says. “They’re very happy to tell their friends that the boys on TV are the boys from the pizzeria that they go to. I’ve had people call from Nebraska, California, all different places. Sometimes we get new customers that come in and want to see the boys—unfortunately, I tell them, they have to go to school!”

Michael says he has had many memorable experiences and met some folks who are even more famous than he is. “We filmed a new show in California,” he says. “My dad said I can’t tell you the name of it, but I can tell you it was with Gordon Ramsay. I also got to meet Wolfgang Puck on the show.” 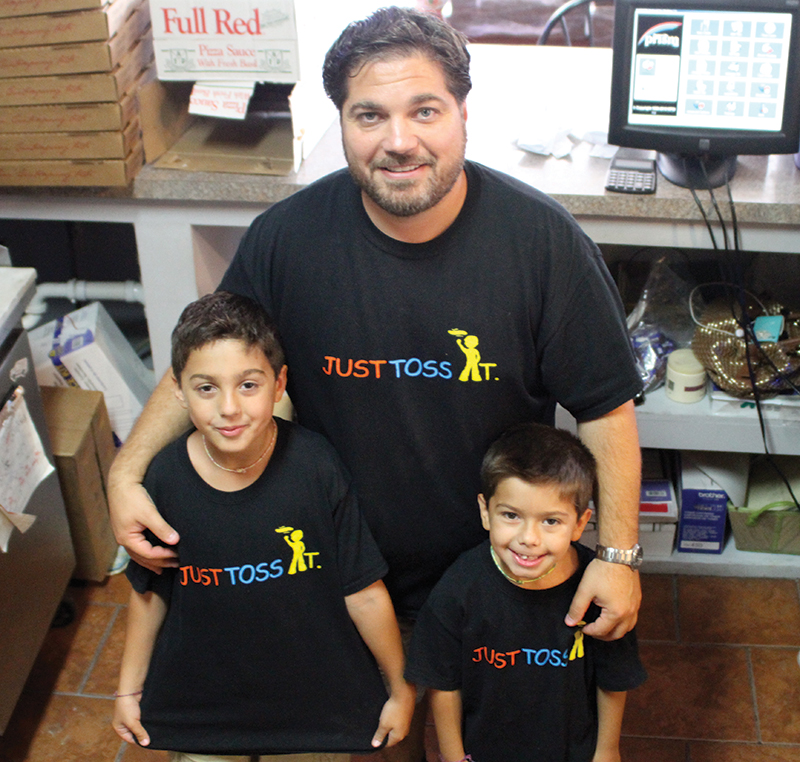 But, celebrity status aside, the boys are still boys. While filming the unnamed show with Ramsay in Los Angeles, Michael and Nicholas were just as excited about the swimming pool on the hotel’s roof—and the chance to ride in an airplane—as they were about meeting the famous chefs. And wherever they go, they take their schoolwork with them, making sure to keep their grades up. “Last year we had all As and two Bs,” Michael says.

Ultimately, Testa would like to see his boys grow up to be dentists or veterinarians. “But if they want to go to culinary school and become the youngest chefs to have their own TV show on the Food Network,” he adds, “I’d be OK with that!”

Whatever career path his sons choose, Testa is naturally proud of them, and he’s equally proud of his own profession. “For years, being a pizza man or working in a pizzeria was definitely looked down upon,” he reflects. “Now celebrity chefs and the Food Network have made it a much cooler occupation. It’s pretty cool that my boys have worked with Rachael Ray, Mario Batali, Gordon Ramsay and Wolfgang Puck. These are four of the top five celebrity chefs in the world.”

Meanwhile, the brothers practice their spinning moves about an hour per week, but their regimen may intensify as they make plans to audition for NBC’s America’s Got Talent. So which one of the boys comes up with all of the crowd-pleasing tricks and flashy moves? Michael says he does, but his kid brother disagrees. “Michael,” Nicholas says, matter-of-factly, “is a poopy head.”

Rick Hynum is PMQ’s editor-in-chief.
To view video footage of Michael and Nicholas Testa in dough spinning action, check out PMQ’s digital edition at PMQ.com or download our tablet app at iTunes, Google Play and Amazon.com.