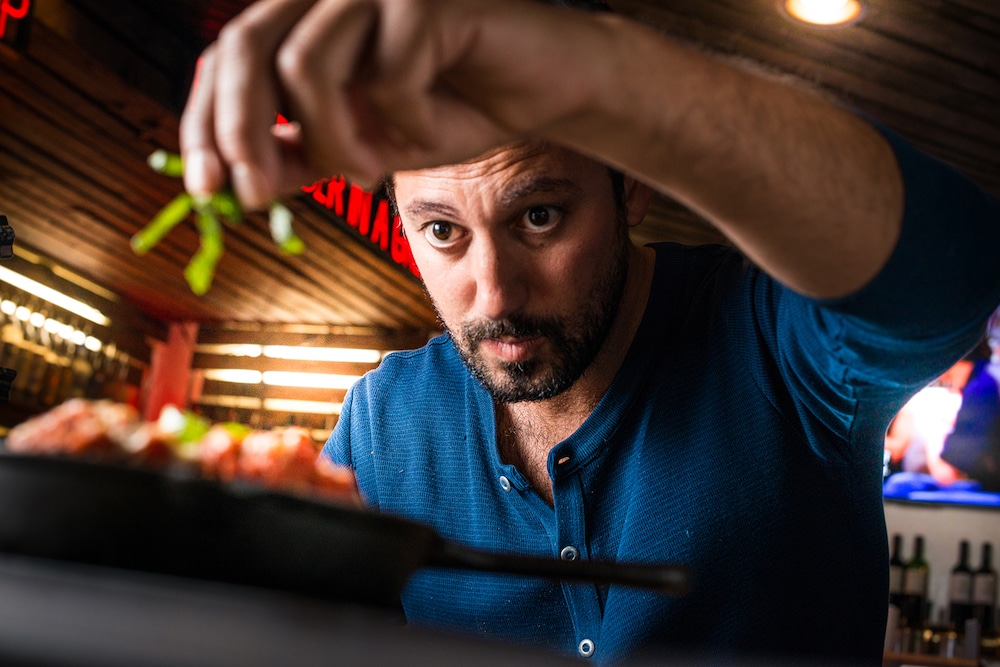 An anonymous donor has provided funding for a new program, spearheaded by Reno, Nevada-based Noble Pie Parlor and catering operation Peas and Love, that aims to feed more than 2,000 people in Washoe County, Nevada, over the next three weeks.

The program, called A Noble Gesture, will bring together volunteers as well as employees of Noble Pie Parlor and Peas and Love. They will prepare, wrap and deliver meals for constituents and staff of local nonprofit organizations and hospitals on December 7, 14 and 21. The pandemic-born Feed Our Heroes campaign is also involved in the effort.

The 2021 Pizza Power Report: How pizzeria owners can thrive in the coming year

Juliana Bledsoe, owner of Peas and Love, approached Ryan Goldhammer, president and cofounder of Noble Pie Parlor, in November with an idea to launch a massive effort to feed vulnerable constituents and healthcare workers as it became clear congressional aid would be delayed past the Thanksgiving holiday. Bledsoe also wanted to help mitigate local food insecurity issues brought on by the pandemic.

Bledsoe had already secured funding from an anonymous donor but needed partners who could activate quickly. Part of the project’s intent is to infuse restaurants with cash to properly source materials and compensate staff appropriately. Goldhammer and Bledsoe say the cash allows them to expand staff hours at the close of a sparse year. Goldhammer is paying his staff double wages for their time during this project. Noble Pie will also provide its entire staff with a holiday bonus and will make a donation to a selected charity at the event’s conclusion.

“We’re doing everything we can to hang on to some semblance of normal operations, but our community is bearing the day-to-day brunt,” Goldhammer says. “When we were approached, we jumped at the chance and went into execution mode quickly.”

The project will require coordination of the delivery of hot meals to nearly 800 citizens quickly and safely to locations across the city. The project will ultimately feed more than 2,000 in total. Meals will include pizza, salad, parmesan-garlic fries and a sparkling beverage.

Goldhammer also looped in Kaya Stanley, owner and operator of Old Granite Street Eatery and one of the individuals at the helm of Feed Our Heroes, which was launched in the spring of 2020 in response to the first quarantine’s effects on both restaurants and medical personnel.

A Noble Gesture will provide three days of food delivery in December. Nonprofits on the list to receive meals on December 7 and December 21 include the Eddy House; St. Vincent’s Food Pantry (a division of Catholic Charities of Northern Nevada); the Domestic Violence Resource Center; the Women, Infants and Children program (funded by the U.S. Department of Agriculture); St. Thomas Aquinas Cathedral; The Children’s Cabinet; and the Reno-Sparks Gospel Mission.

“It’s just a stroke of luck that I relayed this dream to a person who had the means to make it actually come to life,” Bledsoe said.

The volunteers will wear masks and practice social distancing as they prepare and distribute the food. “We’re trying to be as efficient as possible so we can avoid clusters of people at each stage while also giving individuals a healthy and delicious meal. We respect the severity of the virus and are committed to safe food handling and delivery.”

“[The project] will help us keep our doors open a touch longer, but we’re acutely aware of how difficult things are for everyone,” Goldhammer said. “Thanks to some efficient purchasing, we’ll be able to help thousands of people, help organizations at a pivotal moment, and even route excess funding to some special recipients. We have to help as many as we can right now.”