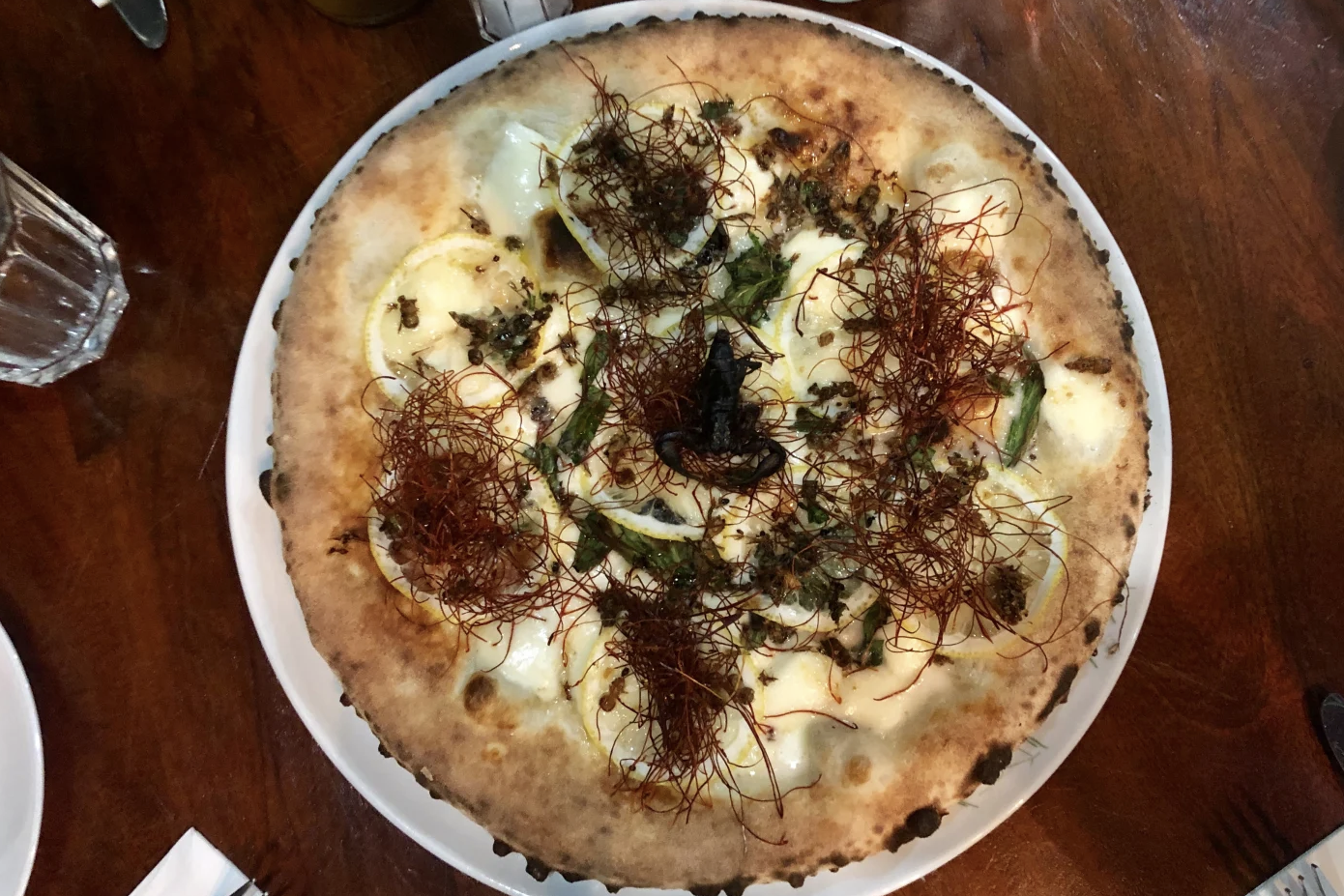 Chef Michele Iuliano invented this pie because “insects are the food of the future, and we better start getting used to it.” The chef added that he is the first to add insects as a pizza topping. (In fact, Woodpecker by David Burke has offered a pizza featuring roasted crickets for several years.)

Related: From crickets to edible pansies, here are 7 crazy pizzas to add to your bucket list.

The Insect Pizza is served on a traditional Neapolitan pie topped with mozzarella, basil and olive oil. Then Iuliano garnishes it with lemon slices, pepperoncino, a swirl of hot honey, and finally, ants. He also adds a small scorpion as a centerpiece.

Iuliano described ants as “neutral and crunchy” with a “briny” and “seafood-like” flavor, which made them easy to work with.  The chef sources his ants (and even the scorpion) from a farm in Maine.

The reviewer found the pizza more than palatable, only noticing the “lightest taste of brine.”

The chef is correct about the insects being one of the newest and hottest food trends. In 2013, the U.N. even released a report recommending public consumption of insects as a way to guarantee food security.  By February 2017, insects were projected to be a $1.53 billion-dollar industry by 2023. PBS reports that 80 percent of the global population already eats insects as food.

There are two insect farming companies, EXO and Chapul, that make protein bars and flour made with crickets, mealworms and grasshoppers. Billionaire Mark Cuban even invested in Chapul through the TV show, “Shark Tank.”

With these trends in mind, it might be safe to say the Insect Pizza will be a success in New York. However, that remains to be seen until the pizza launches this September.