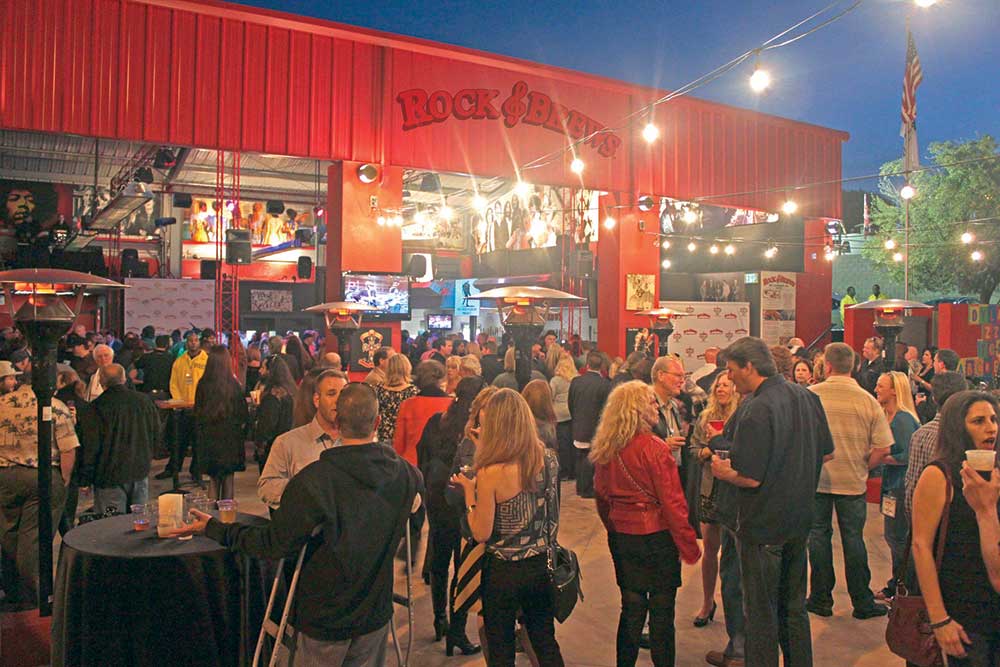 When I first heard about Rock & Brews (rockandbrews.com), this month’s cover subject (“Rockin’ in Middle America,” page 26), I rolled my eyes and thought, “Oh, jeez, not another theme restaurant!” Back in the early- to mid-1990s, I edited a national trade magazine with a focus on the nightclub, bar and restaurant industries, and theme restaurants kept cropping up everywhere like zits on a high schooler’s face before prom night. Hard Rock Café started it all, spawning imitators such as Planet Hollywood and Rainforest Café. A handful has survived to this day, although most of them never lived up to their backers’ grandiose plans for worldwide expansion.

Others suffered more ignominious fates, such as Fashion Café. Fronted by uber-popular supermodels Elle Macpherson, Claudia Schiffer, Naomi Campbell and Christy Turlington, its sole claim to fame was that, well, it was fronted by supermodels and that its primary owners, Francesco Buti and Tommaso Buti, were charged with fraud, conspiracy and money laundering just a few years after it opened in New York. Then there was the Easyrider Café, which targeted the biker subculture and featured huge Harley-Davidsons dangling from the ceilings. I have no idea what became of that one—it doesn’t even show up on Google searches anymore.

Even Steven Spielberg got suckered into the theme restaurant fad. He lent his money and reputation to Dive!, a concept with a submarine theme. Yes, you read that right—a submarine theme. Spielberg supposedly came up with the idea because, gosh darn it, the world-famous, super-rich filmmaker just couldn’t find anybody who could make a decent sandwich! Apparently he’s still looking, because Dive!, to the surprise of few, treaded water for about five years before sinking permanently.

I remember these largely forgettable concepts because I wrote about them in their short-lived heyday. So I was a little leery of Rock & Brews—which is backed by rock stars Paul Stanley and Gene Simmons of Kiss and boasts a classic rock-and-roll theme—until I noted the location of its first store: El Segundo, California. Not Las Vegas (many of the above-mentioned eateries started in Sin City) or L.A. or New York, but El Segundo, with a population of 16,600 hard-working souls. Although it has become increasingly corporatized in recent years, El Segundo has long been representative of small-town USA—cozy, quaint and decidedly blue-collar. It’s not a place that draws tourists by the droves, but then again, that’s what I like about Rock & Brews itself: As co-owner Michael Zislis notes, it’s “a local family beer garden” with an emphasis on music, sports, food, beer and family togetherness—not necessarily in that order. There’s a supervised play area for kids, and you can even bring your pet beagle and order from the doggie menu.

Since opening in 2010, Rock & Brews has expanded to a couple of decidedly less all-American locales, including Los Cabos, Mexico, and Paia, Hawaii, but the owners make it clear they’re far more interested in Middle America. And from the menu and pricing to the entertainment, they’ve tailored their concept to appeal to everyday moms and dads, kids, beer aficionados, sports fans, dog lovers…how much more all-American can you get?

I look forward to seeing how this concept progresses in the coming years. It’s refreshing to see that some celebrities—even makeup-wearing, tongue-wagging rockers like Stanley and Simmons—understand that “Middle America” is a real place, too, and that it deserves their attention.