A need for speed: Tom Lehmann explains why you should not let your pizza dough rest after mixing - PMQ Pizza Magazine 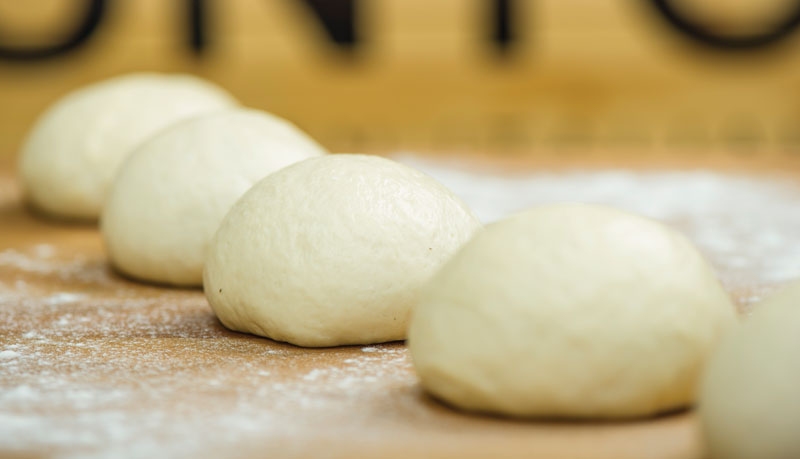 Q Why do you recommend always taking the dough from the mixer directly to the bench for immediate cutting and balling? Why not let the dough rest for an hour before cutting?

A Keep in mind that, while your dough is resting after being mixed, it’s also fermenting, which causes it to change in density—that is, it gets lighter in volume just sitting there. Also, as I mentioned in last month’s column, the yeast in your dough will typically exhibit a lag time of about 20 minutes before it begins actively feeding and producing the by-products of fermentation. By taking the dough directly to the bench for scaling and balling, we can get most or all of the dough balled before the yeast starts doing its thing. There is little change in dough density during this lag time, and the dough will be at its most dense right after the mixing process. Dense dough is easier to cool down than less dense dough. That’s because the improved insulating properties of less dense dough will impede the extraction of heat from the dough balls once they’re placed in the cooler.

This brings us back to a point raised in last month’s column, but it’s worth repeating: If the dough balls can’t be efficiently cooled, the fermentation process will continue in the cooler for a longer period of time and at a faster rate than would be considered optimal for your dough quality and refrigerated shelf life. In fact, under certain conditions, you will very likely end up with blown dough by the next day because the cooler was unable to sufficiently retard the fermentation rate.

Q What’s the difference between enriched flour and high-gluten flour?

A When we say a flour is high-gluten or high-protein, we’re really referring to the total protein content of the flour. Much of that protein forms gluten, so the higher the protein content, the stronger and more elastic your dough becomes. When we talk about enriched flour, we mean that a vitamin and mineral supplement has been added to the flour to restore it to the nutritional value it would have if it were a whole-wheat flour (minus the fiber content of the wheat bran). Aside from changing the nutritional value, enrichment has no other effect on the flour.