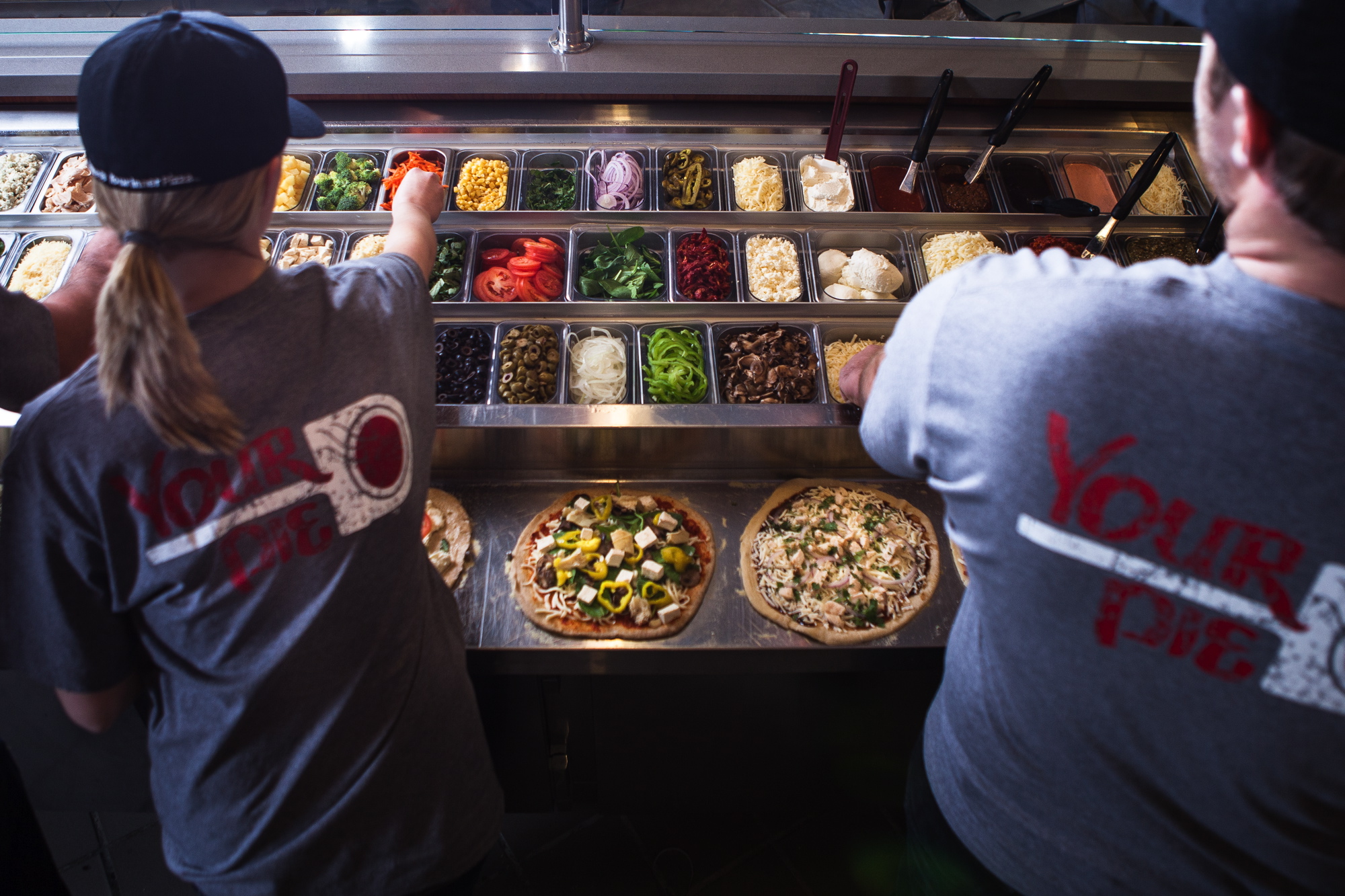 Although restaurateurs could probably get away with offering a deal on any kind of pie, Pi Day, March 14, is a natural fit for a special on pizza. Atlanta-based Your Pie is celebrating the date today by providing signature customizable pies for just $3.14. Math has never been so much fun or such a great deal. Not to mention delicious.

The one-day only deal celebrates the well-known mathematical constant. Pi is the ratio of the circumference of a circle to its diameter. No matter how large or small the circle is, pi is always the same number, an irrational number that goes on forever, but it’s often depicted as its first three numbers—3.14.

The $3.14 Your Pie special consists of a pizza with sauce, cheese and any of Your Pie’s fresh veggie selections. Gluten-free dough, extra cheese and premium ingredients—such as chicken, pepperoni, Italian Sausage and sundried tomatoes—cost extra.

With locations in Georgia, Florida, Tennessee and South Carolina, Your Pie is celebrating Pi Day for the fifth year. After the first year, they had to make some tweaks, Your Pie founder Drew French says, but since then the Pi Day celebration has run smoothly. “The first year we did it, it was kind of whatever you want for $3.14, no rules,” French says. “It was great, but we realized it was hurting the customers that weren’t first in line, so we have kind of tweaked it to (purchases) inside the store only and took away call-ins.”

The promotion lets customers purchase a pie for more than 50% off the regular price. “This is the biggest system-wide promotion we do as a customer appreciation day,” French says. “Our customers really get into it at all stores. There are lines out the door from open to close. It is a fun event for everybody because it’s like a little party.”

While Your Pie does not lose money on the event, its primary goal is to raise brand awareness. “We market it fairly heavily,” French says. “It is a brand awareness day and customer appreciation day.” It’s also a day for math classes from local schools to take a field trip and learn about pi through pizza, he notes.

Your Pie bills itself as the world’s originator of the quick-serve, brick-oven, customized personal pizza category. A culinary entrepreneur since his teenage years, Your Pie founder Drew French combined his passion for innovative restaurant concepts with brick oven technology to create high-quality pizza at incredible speed. Drawing from family recipes from the island of Ischia, Your Pie uses hand-tossed dough, only fresh ingredients, homemade pizza sauces and salad dressings, and offers vegan, vegetarian and gluten-free pizzas, as well as traditional pizzas. For more information about Your Pie, visit yourpie.com.