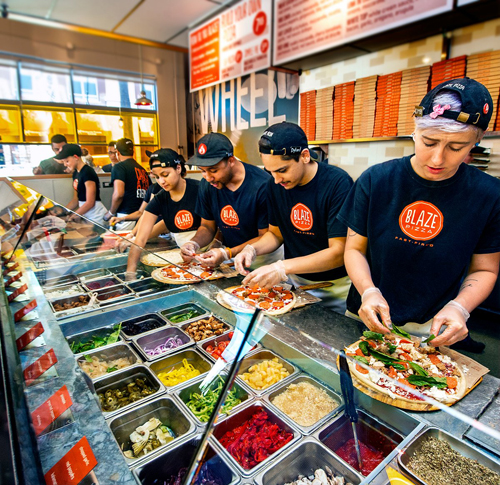 To say Blaze Pizza is on fire may be an understatement. The fast-casual pizza company is expanding rapidly and big name celebrities like NBA star LeBron James are investing their money.
Businessinsider.com reports the brand opened 50 restaurants across the country in 2014. This year it plans to open 60 to 70 new locations.In addition to James, Maria Shriver has invested in Blaze, which is based in Southern California. Much like Chipotle or Subway, Blaze Pizza emphasizes customization. Customers build pizzas choosing from seven cheeses, eight proteins, 20 vegetables and three sauces. Jim Mizes, the president and chief operating officer, told Business Insider.a few years ago Blaze Pizza was just an idea. In 2011, Rick and Elise Wetzel, founders of Wetzel's pretzels, went looking for a fast-casual pizza chain. They came up empty-handed.
For the rest of the story on how Blaze caught fire, read on.