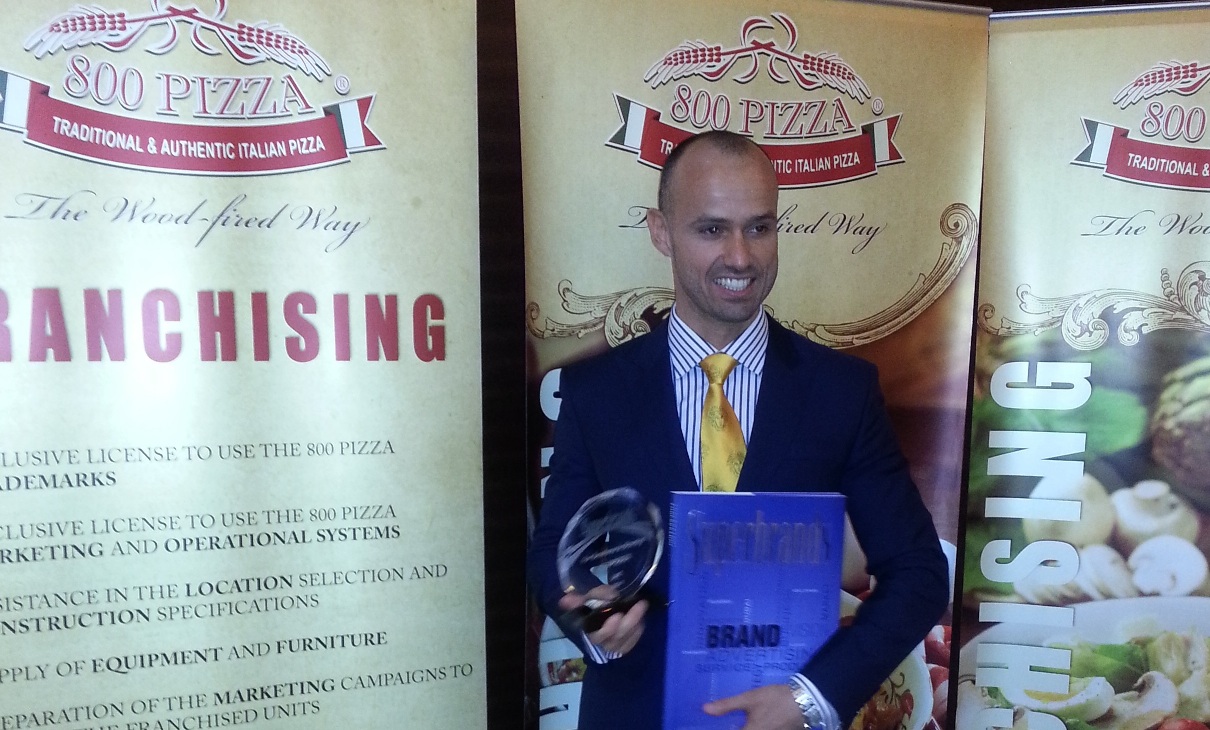 Following the prominent Superbrand status recognition Belhasa Group received in 2012 for Emirates Driving Institute (EDI) – UAE's oldest and largest driving school- ; the leading group was recognized yet again this year for their achievement in the hospitality sector.

800PIZZA Co. LLC, a Subsidiary of Belhasa hospitality, was recognized and awarded as one of the top brands in UAE for 2014 during the Superbrands tribute event that took place at the Intercontinental Hotel in Dubai Festival City on June 18th 2014.

The event is an annual event during which Superbrands honors the UAE's strongest brands. This year’s event witnessed the unveiling of the tenth edition of the much coveted coffee-table style Superbrands book, which included a two-page profile of each of the Superbrands.

After receiving the trophy; Mr. Alessandro D’Ubaldo, founder and General Manager, 800PIZZA, commented on the company's new Superbrands status by saying: "To see 800PIZZAhttps://www.zawya.com/middle-east/company/profile/5185/NADEC/ recognized and awarded the 'Superbrands' status is a significant achievement for us. It highlights the success of the brand even though it is still relatively new in the UAE market. Being recognized as one of the top brands alongside very famous international and local brands makes us proud and more determined to grow further and only deliver the best quality and service to our customers.”

800PIZZA is one of the most successful authentic Italian pizzeria chain in the UAE and the very first to bring the art of traditional wood-fired baking to Dubai in 2007. In 2010, 800PIZZA joined hands with Belhasa Hospitality resulting in a strong growth of its business. By October 2012, the restaurant had spread all over the city with an additional 5 branches in Dubai Marina, Downtown Dubai, Motor City, Ibn Battuta Mall and Mirdif in the Arabian Center food court.

In 2013, 800PIZZA International was established to accommodate all the franchising requirements of the expanding brand network.  A year later in 2014, 800PIZZA Food Trading was created to supply the large volume of regional Italian ingredients used daily across the chain as well as allowing a strong trading opportunity within the UAE market through the HORECA sector.

With new branches opening across the GCC, 800PIZZA has proven its strength in the Italian casual dining sector and has surely built a brand recognized by many as the leading name in Traditional and Authentic Italian Food.