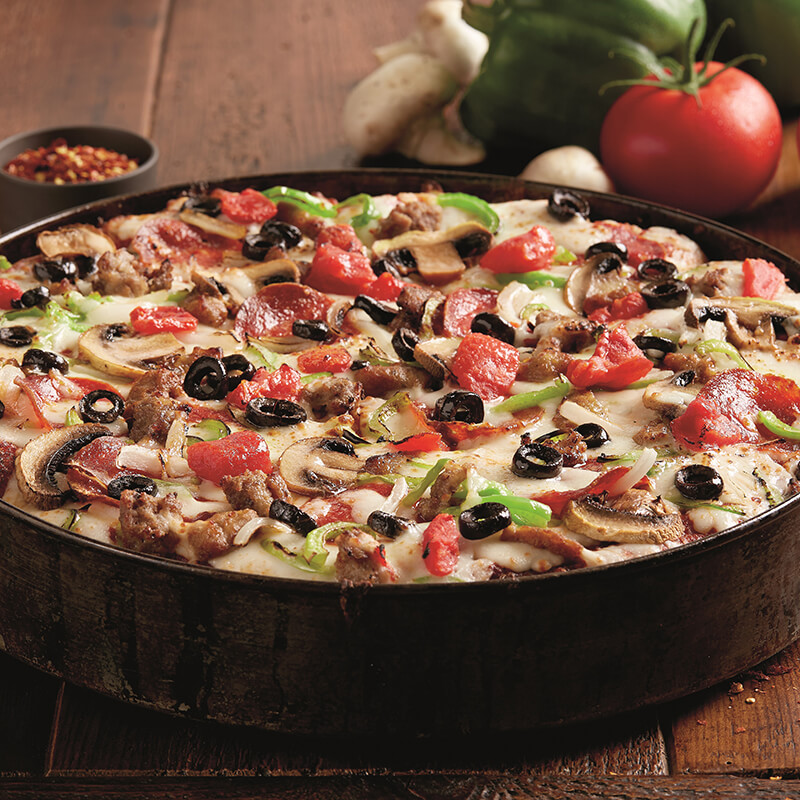 Bonefish Grill Swims to Top to Claim No. 1 Spot Overall

Across all categories studied, Bonefish Grill received the highest scores on Market Force’s Composite Loyalty Index, with a 68% score. Maggiano’s ranked second with 60%, Pappadeaux third with 58%, Texas Roadhouse fourth with 57% and Carrabba’s Italian Grill with 56%.

What sets Bonefish Grill apart? Guests believe it has the highest food quality, friendliest service and most inviting atmosphere. Cheddar’s was found to offer the best value among the top ranked brands, and Maggiano’s stood out for delivering an experience, not just a transaction. While Sweet Tomatoes has the fastest service, it ranked lowest of the top ranked brands for friendly service. Pappadeaux, Pizza Ranch and Carrabba’s all performed consistently well, earning top-three rankings in one or more of the categories.

General Menu Chains
Texas-based Cheddar’s Scratch Kitchen, which is known for its made-from-scratch meals and was recently acquired by Darden Restaurants, ranked No. 1 among general menu restaurants for the second consecutive year with a score of 54%. Cracker Barrel held steady in second place with 46%, BJ’s Brewhouse ranked third, Cheesecake Factory and Ruby Tuesday tied for fourth, and Red Robin ranked fifth.

Not surprisingly, Cheddar’s excelled in all of the areas that matter most to guests, ranking first for quality food, value, friendly service, atmosphere and overall experience. Ruby Tuesday narrowly edged out Cheddar’s for fast service. Cracker Barrel earned second-place rankings for value, atmosphere and delivering an experience.

BJ’s Brewhouse was top rated for eight of the 11 categories studied including food quality, friendly service, menu variety and delivering an experience, not just a transaction. Cicis earned the highest marks for value and fast service, while Pizza Hut was tops for specials and promotions. Roundtable Pizza landed at the bottom in all but two of the categories studied.

Maggiano’s led in most of the categories, receiving first-place scores for every category except fast service and healthy options, which were led by Carrabba’s. Olive Garden ranked third in all but two categories.

Bob Evans took the top spots for five of the 11 categories studied including food quality, atmosphere and healthy food choices. Village Inn led for menu variety and friendly service, while Waffle House was lauded for the best value, fast service and delivering an experience rather than simply a transaction.

Buffet Chains
Market Force also looked at which buffet chains are leaving guests the most satisfied, and found that Pizza Ranch is again the clear leader with 54%. Sweet Tomatoes appeared for the first time on the list, ranking second, and handily beat out Golden Corral, which ranked third, followed by Cicis in fourth.

Sweet Tomatoes came out on top in five of the categories studied, such as food quality and healthy choices, while Pizza Ranch was found to have the best atmosphere and friendliest service. Golden Corral ranked No. 1 for menu variety, and Cicis is the value leader.

Steakhouse Chains
In the battle of the beef, Texas Roadhouse was once again the winner for the third consecutive time. It earned 57% to surpass second-place Longhorn Steakhouse, which received a 54%. Logan’s Roadhouse trailed with 46% and was followed by Outback Steakhouse and Sizzler.

Texas Roadhouse and Longhorn Steakhouse were neck-in-neck in nearly all of the attributes shown to be important to diners. Texas Roadhouse scored first-place rankings for value, friendly service and experience, and Longhorn Steakhouse led in food quality, atmosphere and promotions. Sizzler was found to have the fastest service and healthiest food options.

Overall leader Bonefish Grill also beat out last year’s seafood winner to score first in the category with a 68% Composite Loyalty Index score. Pappadeaux and Red Lobster rounded out the category with 58% and 45%, respectively.

Bonefish Grill was found to have the highest-quality food, friendliest service and most inviting atmosphere, while Pappadeaux earned top marks for value and fast service. Red Lobster trailed in every category except specials and promotions, where it took second.

More Tablets Being Served Up, But Experience Falling Flat

Restaurants are seemingly doling out more tablets to their casual dining guests, but it’s not necessarily improving their experience. Market Force found 58% have been provided with a restaurant tablet while dining, a 21% increase over last year, and 87% reported that they have used one. The most popular activities on tablets were paying the bill and viewing the menu, while very few used them to learn more about the brand or buy a gift card. Guests failed to give tablets high ratings for improving their experience, though – only 17% said they make the dining experience more enjoyable (down from 20% in 2016) – while nearly double that number say they help entertain children.

Restaurant mobile app adoption is growing, with 45% of diners indicating they’ve downloaded one, up 4% from 2016. The apps are mainly used to view menus, find discounts and find locations. Yelp is still the most downloaded restaurant app, followed by TripAdvisor and OpenTable.

The survey was conducted online in October 2017 across the United States. The pool of 7,926 respondents represented a cross-section of the four U.S. census regions, and reflected a broad spectrum of income levels, with 51% reporting household incomes of more than $50,000 a year. Respondents’ ages ranged from 18 to over 65. Approximately 73% were female and 27% were male.

Methodology
For each category, study participants were asked to select which casual dining restaurant they visited most recently from a list of restaurants with at least 100 U.S. locations. Only those restaurant brands that were selected by at least 2% of participants in each category were ranked and analyzed.
Market Force calculates its Composite Loyalty Index by averaging the percentage of guests who said, on a scale of 1-5, that they would recommend the brand, and the percentage of those who said, on a scale of 1-5, that they were satisfied with the brand.

About Market Force Information
Market Force Information® is a customer experience (CX) management company that provides location-level measurement solutions that help businesses protect their brand reputation, delight customers and make more money. Solutions include customer experience surveys, employee engagement surveys, mystery shopping, contact center services and social media review tracking, which are integrated into one technology and analytics platform, KnowledgeForce®. Founded in 2005, Market Force has a growing global presence, with offices in the United States, Canada, United Kingdom, France and Spain. It serves more than 200 clients that operate multi-location businesses, including restaurants, major retailers, grocery and drug stores, petro/convenience stores, banking & financial institutions and entertainment brands. The company has been recognized in 2017 as one of the top 50 market research organizations in the AMA Gold Report and by Forrester as a Breakout Vendor.  For more information about Market Force, please visit us online www.marketforce.com.