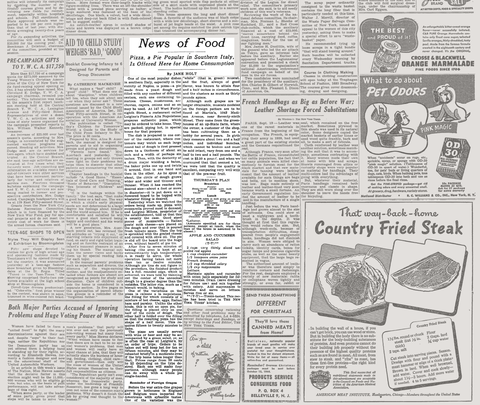 A world in which pizza is an unknown idea seems far-fetched, but in 1944, the New York Times first mentioned this revolutionary culinary discovery.

NYtimes.com reports three years later, on May 25, 1947, The Times noted the potential of this seemingly newfangled concoction. “The pizza could be as popular a snack as the hamburger if Americans only knew more about it”

Read more about these now-antique articles.