This has been a week of trials and tribulations on this diet for sure. We had our annual trip to Columbus, Ohio to visit the North America Pe same thing, but believe you me, it is not! In the past, this has been one of the highlights of the year because I get to go back up north, experience my snow for the year. I get to see my family, who are from Indianapolis, and grab a few sliders. I did reward myself at the end with ONE slider. That is the epitome of will power. Also attesting to that fact, this show is nothing but pizza and ice cream, and I did not have a single ounce of ice cream the whole time…unfortunately. 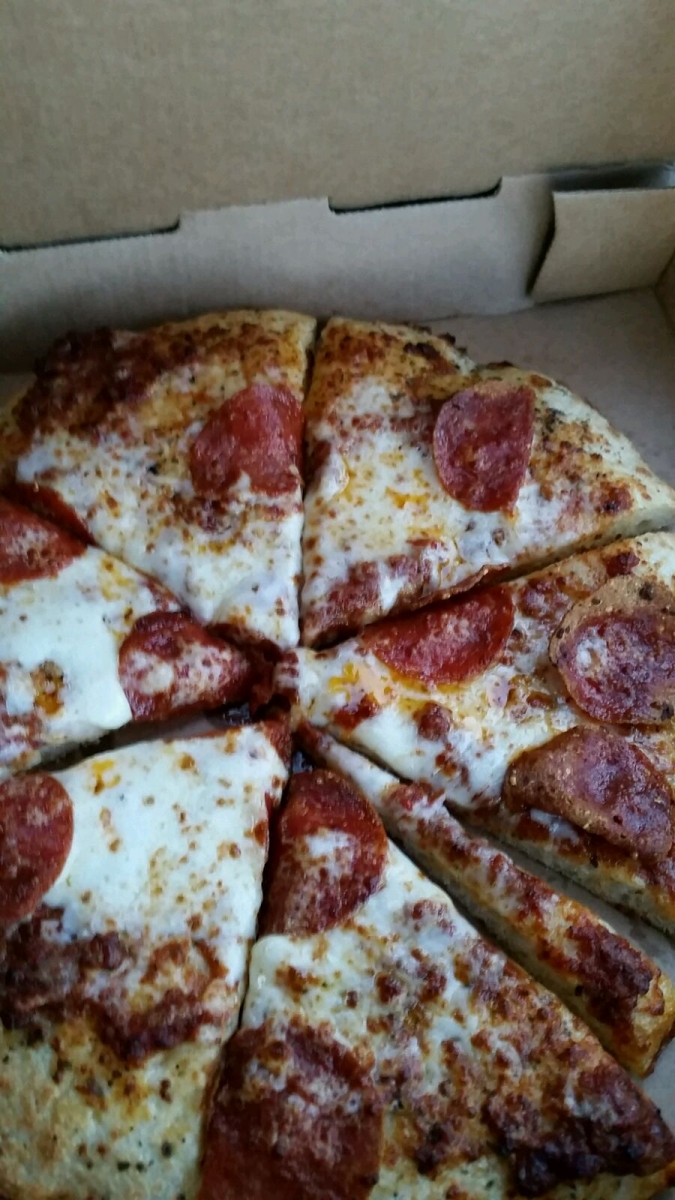 Trying my hardest to stick to this diet, on the way to Columbus I was able to stop by a gas station and get one of the best gas station pizzas I've ever had, from Schlotzsky's Deli of all places. The crust had so many different herbs in it, it was very aromatic. That’s the first thing that hits you as soon as they give it to you still in the box. The sauce is also unique, a very sweet sauce. I just got a simple pepperoni and double cheese, hold half the cheese please. This small 10-inch pizza fed me for the next four hours on my trip to Columbus, still drinking as much water as I could, which made the nine-and-a-half-hour trip an 11 hour adventure with all the pit stops. Finally, arriving in Columbus, I stopped at Pizza Hut and got a supreme pizza that fed me for 4 days. Unfortunately, the hotel had a less than stellar gym, so I was forced to do push-ups and a little bit of cardio in my room.

I am sad to report that I enjoyed two dinners out that were not pizza. One night we went to Max and Erma's right next to our hotel, I got a chicken salad. That's not too bad! The next night the U.S. Pizza Team set up reservations at Mitchell's Steakhouse, very posh, with pictures of celebrities all over the wall. I had few options–it was either mostly steak or chicken. So I ended up getting a chicken dinner with a salad. They brought me out almost half a chicken and I only ate the wing portion. It was very delicious, great atmosphere, and always nice when you have a dinner with great friends. On my way back to my car, I was followed by a homeless person who proceeded to tell me he had not eaten in two days, so I gave him the other half of my chicken. That is my good deed for the year. I'm sure he enjoyed it, it was still hot.

After the event, I was invited by several of my USPT team members to come visit their pizzerias in Ohio. This was the perfect opportunity since I will probably not be back here for another year. I followed Daniel Perea and Melanie Addington, our video producers. We hit the town, first visiting Bogo Pizza, the winners of the gourmet category of the Pizza Pizzazz competition at NAPICS. They showed me some great pizzas and a unique view on franchising. I am happy to announce that Will Shaw, GM of Bogo Pizza and winner of Pizza Pizzazz, will be joining the team in Italy at the World Pizza Championship. 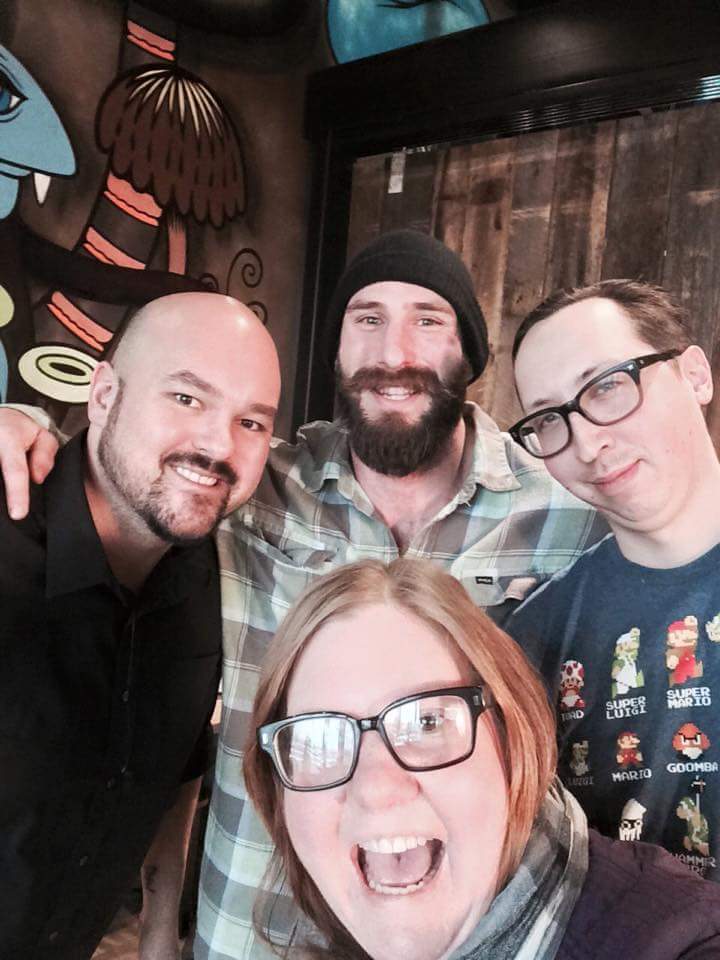 From there, we visited a Mellow Mushroom owned by a UFC fighter Luke Zachrich and his brother Colby in New Albany, Ohio, where I only had one piece in total from two pies that were made for demonstration. I enjoyed half a slice of a Mighty Meaty and half of a Mega Veggie. Then it was off to visit USPT member Michael LaMarca at Master Pizza in Cleveland, sampling some homemade meatballs and a delicious cheese pizza. Next stop, we met up with USPT member Jason Samosky of Samosky's Homestyle Pizzeria in Valley City. He showed us several of his competition-winning pies, including the infamous Philly Cheese Steak pie, which I am still enjoying! And the final stop on the Pizza Train was Beavercreek Pizza Dive in Beavercreek, Ohio. They had some very great flavor combinations on their pies. I especially enjoyed the Chicken Cordon Bleu Pizza. They were able to fill up their pizzeria with a special promotion in honor of our visit. They were great people and I'm glad I got the chance to meet them and sample their wares. 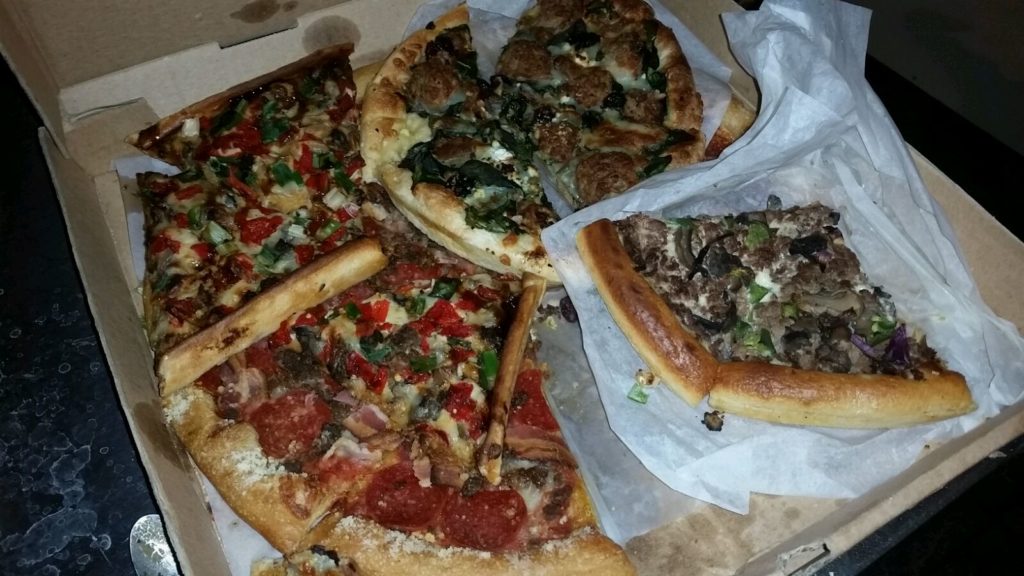 One of the best things about this diet is that I have been able to shrink my stomach again, so when I eat a big meal it fills me up to no end. Thankfully, I'm not used to eating that much anymore. As Matt McLellan, inventor of the Pizza Diet, said, it takes 21 days to create a habit and I'm at the 23-day mark right now, so these habits have been instilled in me. I was able to resist a lot of temptation and fend off a lot of old habits. All in all, a 10-day trip resulted in one pound lost and another three quarters of an inch down on my navel measurement. My latest losses put me at 271 pounds and 46.75 inches. And I have amassed so much pizza from my conquest of the great state of Ohio, that I won't have to make one for a week or so.

I’ve experienced drastically lower weight loss than the previous two weeks, however, I was unable to work out as vigorously as before, and if I wasn't driving for hours, I was eating pizza (responsible portions, of course). However, I have noticed significant definition returning to my body, I don’t have as much excess skin on my arms and they don't jiggle anymore when I wave. This has made me more determined to at least try to match the total of 15 pounds lost in the first month for the second month. That is my goal. I would appreciate any suggestions or pointers along the way for workouts. Look for my next update in one week (Hazaah, I get to stay home for at least a week!).